Richard Armstrong, Director, Solomon R. Guggenheim Foundation and Museum, and Claus-Dietrich Lahrs, Chairman of the Managing Board and CEO, HUGO BOSS AG, announced the short list for the Hugo Boss Prize 2010. Established in 1996 to recognize significant achievement in contemporary art, this biennial award is administered by the Solomon R. Guggenheim Foundation and juried by a distinguished international panel of museum directors, curators, and critics. 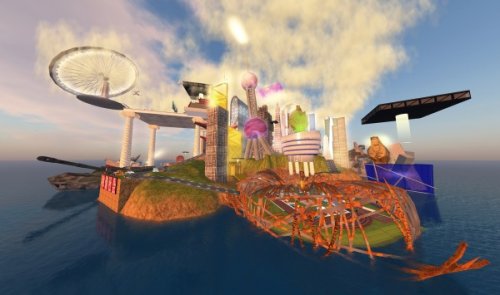 [ad#lb]
The following artists are finalists for the eighth presentation of the prize:

“The Hugo Boss Prize is internationally recognized as one of contemporary art’s most prestigious accolades,” said Armstrong. “In line with the Guggenheim’s commitment to supporting the most innovative and compelling art of our time, the prize is an opportunity for us to honor artists around the world who are redefining the parameters of creative production. We are delighted to have this opportunity to celebrate the outstanding achievements of the six short-listed artists.”

A publication featuring the work of all six finalists with accompanying essays will be published in June 2010. The prizewinner will be selected and announced in fall 2010, and the artist’s work will be presented in an exhibition in 2011 at the Solomon R. Guggenheim Museum, New York.

“We are proud that the HUGO BOSS PRIZE has been recognizing artists for so many years,” said Lahrs. “This demonstrates how firmly the award has become anchored in the contemporary art world and also underscores our continuing commitment to the arts as an integral part of our corporate culture.”

The Hugo Boss Prize is given to an artist whose work represents a significant development in contemporary art. The award sets no restrictions in terms of age, gender, race, nationality, or medium, and the nominations may include emerging artists as well as established individuals whose public recognition may be long overdue. The 2010 prize carries with it an award of $100,000.