TEFAF Maastricht will celebrate its Silver Jubilee when it opens at the MECC (Maastricht Exhibition and Congress Centre) in the southern Netherlands from 16 – 25 March 2012. In the 25 years since The European Fine Art Fair was founded in 1988 it has established itself as the finest event of its kind in the world,
changing and raising the game for the art market through an absolute commitment to quality and connoisseurship. In an age when the market has evolved rapidly into a global phenomenon it has embraced internationalism and is reaching out to emerging economies. 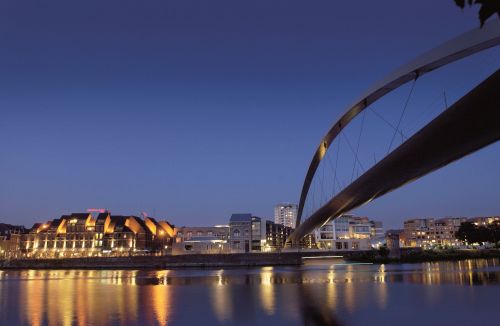 Visitors to TEFAF Maastricht in 2012 will be greeted by a spectacular new entrance hall designed specially for the Fair’s Silver Jubilee containing a stunning light installation. The Fair will also reveal a new logo at the 2012 edition. These are among a number of initiatives celebrating an extraordinary 25 years which have seen TEFAF transformed from a relatively small-scale event into the world’s most important art
and antiques fair attracting collectors, curators and connoisseurs from more than 50 countries. Among the Silver Jubilee projects are:
o The TEFAF Museum Restoration Fund. A maximum of €50,000 will be given by TEFAF every year towards one or two museum projects to restore works of art. The decision on who should receive the award and whether it should go to a single restoration plan or be split between two museums will be made by a jury of independent experts. Museums applying for this funding must have visited TEFAF in the year of the application, the work of art restored must be exhibited at TEFAF when the project is completed and it must be on view to the public for at least two years afterwards.
o A special Silver Jubilee book is being produced for TEFAF 2012. This will include interviews with museum curators and private collectors who have bought works at the Fair, some of whom have never spoken publicly before, a history of TEFAF, a look behind the scenes of the Fair and great works of art sold at TEFAF.
o The Art Market Report compiled annually for TEFAF by Dr Clare McAndrew, a cultural economist and founder of Arts Economics, will track the progress of the market over the past 25 years, charting the main trends from the late 1980s to the present. It will also examine the current state of the market and the outlook for 2012.
o A worldwide Silver Jubilee campaign to broaden the already wide range of visitors to TEFAF Maastricht has begun and will continue over the coming months. In September TEFAF organised two collectors’ events in China, one at the Dutch ambassador’s residence in Beijing and the other in Shanghai. It was the first time that TEFAF had staged events in China and collectors and museum curators were given a presentation about the Fair. Brazil is another important emerging economy and TEFAF will shortly hold a similar event in Sao Paolo while New York, Milan, Munich and Paris are among other cities where collectors’ evenings will be held.
o The city of Maastricht and TEFAF have become part of each other’s history and after 25 years they have a strong and mutually beneficial relationship. To thank Maastricht for the hospitality that it has shown to the Fair over the past 25 years, The European Fine Art Foundation, which runs TEFAF, has made a substantial financial donation to the city’s Museum aan het Vrijthof and become its principal sponsor. This
has enabled the museum to undertake a programme of renovation and expansion. It will re-open to the public in mid-2012 and with the slogan ‘Made in Maastricht’ will exhibit the best of five centuries of the city’s art and design. It will provide a superb addition to the range of cultural experiences available to visitors to TEFAF.

Sheila Hicks, May I Have This Dance? acquired by Mint Museum Uptown The Three Graces