The Mint Museum announced today the appointment of Kathleen V. Jameson, Ph.D., as its new Executive Director, following an extensive national search supported by Management Consultants for the Arts and a Board of Trustees search committee. Jameson succeeds Phil Kline, who will remain at the Museum as its President & CEO until his retirement on December 31. Jameson has served as Assistant Director, Programming, at the Museum of Fine Arts, Houston, since 2008 and will assume her new position at the Mint on July 15, 2010. 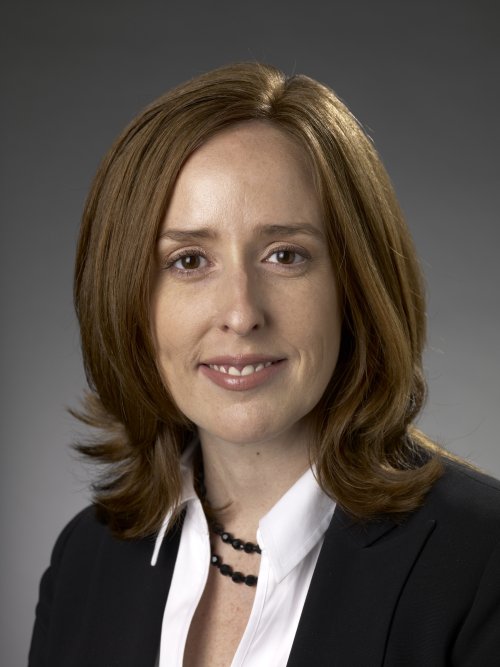 “We are thrilled with the selection of Kathleen Jameson as our new Executive Director from such a talented pool of candidates,” said Beverly Smith Hance, Chair of The Mint Museum Board of Trustees. “Kathleen comes to us as an experienced and visionary arts leader with the proven skills to build upon the exceptional foundation that the Mint has established under Phil Kline’s direction. The decision that Phil made last year to retire and begin crafting a strategic succession plan will allow the Museum to undergo a smooth transition during this important period. We are grateful for his nine years of remarkable leadership and the lasting impact he leaves on the Charlotte cultural community.”

Jameson joins The Mint Museum at a key time in its history. The Museum is presently involved in a major expansion project, which includes the construction of a new 145,000-square-foot facility opening October 1 in uptown Charlotte and the reinstallation of the historic Mint Museum Randolph. Designed by noted architectural firm Machado & Silvetti of Boston, the Mint Museum Uptown will be part of the Wells Fargo Cultural Campus and will house noted collections of American Art, Contemporary Art and European Art, in addition to the world-renowned collections of the Mint Museum of Craft + Design.

During the transition period, Jameson and Kline will work closely together to achieve the objectives of opening the new facility and planning the reinstallation of the Randolph Road location. Jameson’s duties as Executive Director will include the day-to-day administration of museum affairs, as well as overseeing finance, human resources, curatorial and development initiatives in consultation with Kline. She will assume the title of President & CEO upon Kline’s retirement.

“I am honored to serve as the next Executive Director of The Mint Museum, and to help lead the institution through this extraordinary phase of its distinguished history,” said Jameson. “I have been deeply impressed by the Museum’s staff, leadership, donors and diverse audiences, and share the commitment to excellence that defines the Mint. Phil Kline’s strong leadership has brought the Museum to this exciting threshold, and I look forward to working together to debut the Mint Museum Uptown in October and the Mint Museum Randolph next year. I am excited to be part of the cultural renaissance taking place in Charlotte, and I am eager to begin to advance the leadership position of The Mint Museum in the community and on a national scale.”

Jameson brings a strong combination of curatorial expertise and programming, management and academic experience to the Mint. In her former position as Assistant Director, Programming, at the Museum of Fine Arts, Houston, she directed the architect search and program development for a planned expansion. She previously served as the museum’s Director of Program Support from 2005 to 2008, when she was responsible for raising $15 million in support of development initiatives, and as Curatorial Assistant from 2004 to 2005 and 1998 to 2001, where she organized special and permanent collection exhibitions and conducted research for acquisitions, collections and exhibitions. Prior to her work at the MFAH, Jameson served as Research Associate for the Harold Weston Foundation and the Adirondack Museum in Blue Mountain Lake, N.Y., and as Scholar-in-Residence at the Isabella Stewart Gardner Museum in Boston.

“Kathleen’s curatorial expertise and accomplished track record undoubtedly make her the right person to direct The Mint Museum into a new era,” said Phil Kline. “The Board of Trustees and I have been working carefully on my succession plans over the past 18 months, and I am delighted to welcome such a strong leader to advance our mission. Kathleen will be an outstanding Executive Director, and I am confident that she will lead the Museum and its exceptional staff to new levels of artistic excellence.”