The Chair of the Board of Trustees of the Musée d’art contemporain de Montréal, Marc DeSerres, is pleased to announce the appointment of Paulette Gagnon as Director of the museum. Currently its Chief Curator, Ms. Gagnon will take up her new position effective immediately. 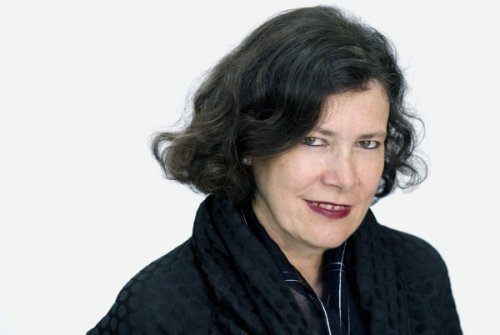 [ad#lb]
An art historian and a graduate of Université Laval, Québec City, and the Université de Lyon, France, Paulette Gagnon has been Chief Curator of the Musée d’art contemporain de Montréal since 1992, and also heads its Artistic and Education Department. In this capacity, she was in charge of developing the museum’s exhibition program and managing its collections, acquisitions, multimedia events and educational activities. She was previously curator in charge of the Musée Collection and, prior to that, curator of early Québec art at the Musée du Québec.

Ms. Gagnon has authored a great many exhibitions and catalogues that have contributed to the museum’s outstanding reputation. Notable among them are Robert Polidori, on at the museum this summer, Claude Tousignant, A Retrospective (co-curated with Mark Lanctôt), presented earlier this year, other major solo exhibitions devoted to such leading figures in contemporary art as Anselm Kiefer, Isaac Julien, Shirin Neshat, Ann Hamilton, Louise Bourgeois and Angela Grauerholz, group exhibitions including The Eye of the Collector (devoted to collectors of contemporary Québec art, and co-curated with Yolande Racine) and Head Over Heels: A Work of Impertinence (co-curated with Sandra Grant Marchand), not to mention The Québec Triennial 2008 (in collaboration with Josée Bélisle, Lesley Johnstone, Mark Lanctôt and Pierre Landry).

Over the course of her career, Paulette Gagnon has earned high regard for her knowledge of contemporary Québec, Canadian and international art, and her understanding of the workings of the museum, as she rose through the various levels of the provincially owned corporation. Marc DeSerres, Chair of the MACM Board of Trustees, expressed his pleasure at Ms. Gagnon’s appointment, which was ratified by the Board members today, June 15, 2009. Her thirty-plus years of experience in the field and her dedication to the museum are further factors in support of this internal appointment which, according to Mr. DeSerres, “will give the Musée new momentum while also providing continuity.”