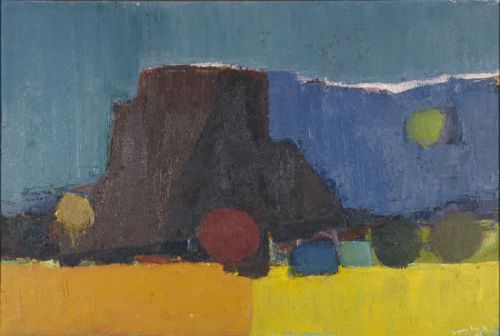 The opening up of northern Western Australia to mining exploration in the 1960s also opened up this terrain to artists – both literally by providing easier ways to access it physically by car and air, and imaginatively as a ‘new world’ to discover. Australian artists Russell Drysdale, Guy Grey-Smith, Robert Juniper, Sidney Nolan and many others travelled through the area at this time, and their practice often changed significantly as a result.

It is timely to look at the effect of those earlier encounters with a hitherto unfamiliar landscape on the art of non-Indigenous Australian artists, as this region is again in the public eye due to the current mining boom in Western Australia. Vast: North-West landscapes focuses on key works in the State Art Collection which explore the aesthetic outcomes of the challenge to understand the topography of, and experience of being in, a previously alien place.