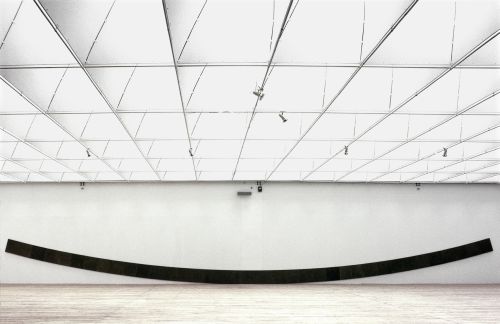 In the exhibition Connection Malmö Konsthall Åke Hedström (b. 1932) presents a selection of photographs dating from the mid-1970s up to 2010. Hedström’s great interest in art and fascination with the architecture of Malmö Konsthall has led him to document the gallery’s activities, usually at his own initiative. His photographs provide a historic retrospective on various exhibitions, events and individuals connected with Malmö Konsthall.

Hedström’s pictures are characterised by a feeling for details and proportions as well as a documentary approach. His photographs are not dramatically staged; rather, they are imbued with his ability to notice and depict, with a sure eye, small and often spontaneous events by highlighting details that create an interesting and charged image. The result is photographs free from embellishments that distort rather than reinforce – images in which Hedström encourages the theatrical and striking to stand aside in favour of more tranquil but equally expressive imagery.

During his long career Hedström has continually explored the possibilities of photography. His great curiosity about photography’s pictorial language is an important source of inspiration that drives him to find new motifs and try new methods. Over the years his assignments have been many and varied, ranging from advertising images to exhibition catalogues for clients including Malmö Konsthall.

In 2002 Malmö Museer acquired Hedström’s photographic body of work, which stretches from the 1950s to today. Hedström records and documents his works himself, thereby making an important contribution to future researchers and users of his photographs.

Åke Hedström was born in Lund, Sweden in 1932. In 1956 he began working as an assistant to Sten Didrik Bellander at the Savoy Ateljéer studios in Stockholm. Two years later he moved to Malmö and was hired by the news agency Svenska Telegrambyrån as an assistant to Georg Oddner, one of Sweden’s leading 20th-century photographers. Hedström then began working as a photographer with the Wezäta photography studio in Göteborg and later with the Ateljé Jonason studio. In 1966 he moved back to Skåne and settled in Malmö, where he began a career as an independent photographer. His works are represented in Swedish institutions including Moderna Museet, Nationalmuseum, Ystad Art Museum and the National Public Art Council Sweden.