Tree of Paradise: Jewish Mosaics from the Roman Empire

Tree of Paradise: Jewish Mosaics from the Roman Empire
UM LOWE ART MUSEUM DIGS DEEP INTO THE CORES OF THE ROMAN EMPIRE FOR A LOOK AT JEWISH CULTURE MOSAICS AND ARTIFACTS TO PROVIDE INSIGHT, PROVOKE THOUGHT
October 31, 2009 – January 24, 2010 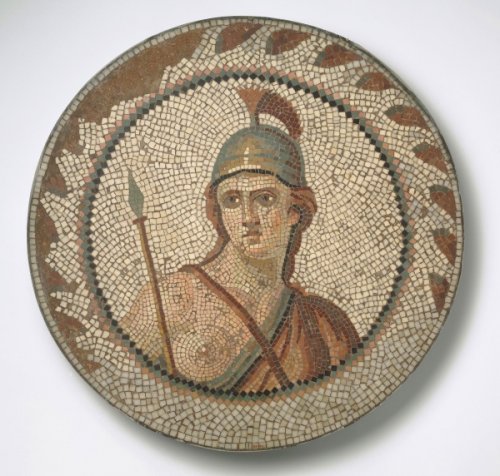 [ad#lb]
Tree of Paradise: Jewish Mosaics from the Roman Empire from the Brooklyn Museum examines the role of twenty-one extraordinary mosaics in the development of synagogue decoration in the late Roman Empire. The exhibition presents the reconstruction of an ancient mosaic floor from a synagogue in Hammam Lif, Tunisia (the ancient Punic town of Naro, later called Aquae Persianae by the Romans). A Latin inscription in one of the surviving panels records that the mosaic floor was a gift to the synagogue from a certain Julia, a resident of Naro, in about 500 C.E. Twelve of the panels on display were part of the sanctuary floor. Their primary subjects are Creation and Paradise. Motifs include a tree in Paradise, sea animals, symbolic birds, baskets, and fruits. The remaining nine panels, datable to the first or second century C.E., originated either in an earlier part of the same synagogue or in a nearby building. Imagery includes animals, a male figure, and a female figure. Approximately thirty-eight related artifacts, including contemporaneous textiles, marble statues, gold jewelry, and bronze ritual objects, provide further context for the mosaics.

The mosaics were discovered by chance in 1883 by a French army captain, Ernest de Prudhomme, while preparing ground for gardening. In 1905, the Brooklyn Museum acquired most of the panels Prudhomme had owned and transported back to his home in Lyon. The discovery of these mosaics ushered in the birth of synagogue archaeology, which eventually revolutionized modern understanding of ancient Jewish life and religion. Modern scholars recognize that the gloomy depiction of Jewish life in late Roman Empire texts must be viewed alongside a decidedly different picture formed from archaeological evidence. Archaeological remains of ancient synagogues from Turkey to Spain and from Hungary to Tunisia show that many Jewish communities prospered in spite of official intolerance. Other discoveries of ancient synagogues in modern Israel, Jordan, Syria, Greece, Macedonia, Bulgaria, and Italy reveal the vitality of Jewish life around the Mediterranean Sea during the Roman Empire and an unexpected tolerance from their non-Jewish neighbors.

The exhibition sheds light on the origins of synagogues, the development of Jewish art in the Roman period, female patronage in ancient synagogues, connections between Jewish, Christian, and pagan symbolism in art, and the relationship between ancient and modern synagogues. The works of art in Tree of Paradise reveal a society where Jews were more integrated and accepted than ancient texts would suggest.

Tree of Paradise: Jewish Mosaics from the Roman Empire is organized by the Brooklyn Museum and made possible by the Martha A. and Robert S. Rubin Exhibition Fund. The exhibition was curated by Edward Bleiberg, Associate Curator in Department of Egyptian, Classical, and ancient Middle Eastern Art at the Brooklyn Museum. An illustrated catalogue accompanies the exhibition and is for sale in the Museum Store.

Also on view, Ricky Bernstein: Kitchen Dreams will highlight the zany glass creations of this multi-talented artist. The glass artist captures those ‘mishap moments’ of everyday life blended with frustration, humor, and multi-tasking. His amusing characters are depictions of Americans who are overworked, overwhelmed and pressed for time.