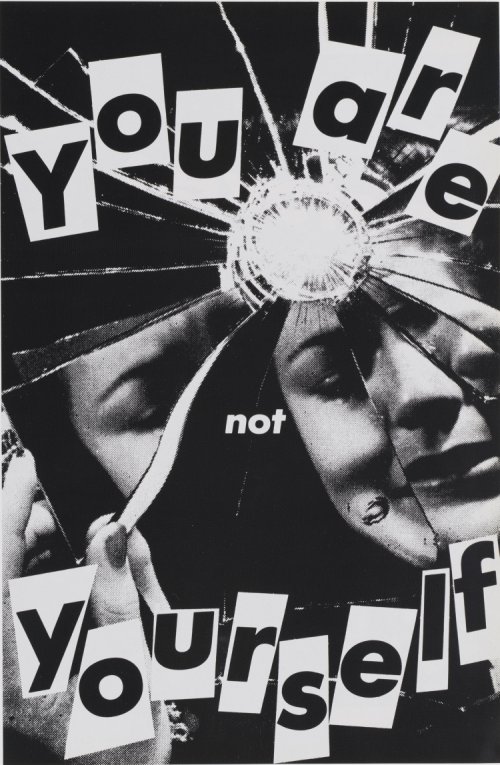 [ad#lb]
The first major museum exhibition to focus on the highly influential group of New York artists known as the “Pictures Generation” will be presented at The Metropolitan Museum of Art from April 21 through August 2, 2009. The Pictures Generation, 1974–1984 will trace the development of one of the most important art movements of the last quarter of the 20th century, which included some of the key figures in contemporary art: Robert Longo, Cindy Sherman, Richard Prince, Sherrie Levine, David Salle, Matt Mullican, Jack Goldstein, James Welling, and Troy Brauntuch. The “Pictures Generation” worked in all mediums—photography chief among them—to explore how images shape our perceptions of ourselves and the world. Drawing from the Museum’s collection as well as from public and private collections, the exhibition will feature more than 160
works by 30 artists, including photographic works by Barbara Kruger, Laurie Simmons, James Casebere, Allan McCollum, Sarah Charlesworth, and Louise Lawler, and film and video by Ericka Beckman, Michael Smith, and Dara Birnbaum. The exhibition will also examine the pivotal roles played by lesser-known artists such as Paul McMahon and Michael Zwack.

The exhibition is made possible by the William Randolph Hearst Foundation and The Andy Warhol Foundation.

Additional support is provided by The Robert Mapplethorpe Foundation, Inc. The Metropolitan’s exhibition takes its name from the landmark 1977 “Pictures” exhibition at the not-for-profit New York venue Artists Space, which featured works by Robert Longo, Jack Goldstein, Sherrie Levine, and Troy Brauntuch. This exhibition was particularly notable for the artists’ renewed interest in using recognizable imagery—a clear departure from the predominance of Minimal and Conceptual Art in the 1960s and early 1970s. The tightly knit group of artists who came to be known as the “Pictures Generation” includes artists such as Richard Prince, Cindy Sherman, David Salle, and Matt Mullican, who were not featured in the Artists Space exhibition, but share similar interests and backgrounds. The “Pictures Generation” was born into the rapidly
expanding postwar consumer culture of advertising, movies, magazines, television, and pop music. However, as artists, they were educated in the cerebral and visually reductivist approaches of Minimal and Conceptual Art. As adults, the social and political upheavals of the 1970s fostered their skepticism and ironic detachment. As a result, “Pictures” artists brought both a critical and playful attitude toward the plethora of images that surrounded them.

The Pictures Generation, 1974–1984 takes a broad look at this phenomenon through the works of 30 artists who were unified around the concept that the media-saturated culture had come to usurp reality and frame all our perceptions. With images as their subject, the emergence of the “Pictures” artists marked a return to representation across all media, including photography, painting and sculpture, drawings and prints, film and video, even music and performance. The artists set out to make art that was as thought-provoking and radical as Conceptual Art but that was also visually seductive—even entertaining.
While the “Pictures” artists have been considered most often in isolation from one another, this exhibition and its accompanying catalogue will trace their complex interrelationships and mutual development during the first decade of their work.

The exhibition begins with the early works of John Baldessari’s students at California Institute of the Arts, including Matt Mullican, David Salle, and Jack Goldstein, whose willfully unprepossessing works challenged the notion of what constituted a work of art.
Baldessari’s teaching assistant, Jack Goldstein, was the ringleader of this group that came to be known in New York, and he was one of the most important innovators of the “Pictures” artists. In 1975, he made a groundbreaking 16mm film by copying footage of the roaring lion from the opening credits of MGM movies. He isolated this well-known image against a bright red background and repeated its roar for over three minutes,
creating a work that amused and attracted the viewer but that was nevertheless provocative. In a new era of readily available forms of mechanical reproduction, such as VCRs, photocopiers, and audiocassettes, the “Pictures” artists questioned what is an “original” and what it means to be an “author.”

In the late 1970s, as the sensibility of the “Pictures” artists developed, one of the most critical shared aspects of their works was the borrowing—or “appropriation”—of images from every corner of contemporary culture. Cindy Sherman and Laurie Simmons drew on both personal and collective memory, reflecting on the throwaway products of their youth, such as B movies and dollhouses, as representations of untenable illusions. Richard Prince based his work on magazine advertisements of gleaming luxury goods and impossibly perfect models; he manipulated, cropped, enlarged, and rephotographed the advertisements in order to “turn the lie back on itself,” as he put it.

The image-scavenging of these artists was not restricted to the child’s play of popular culture: Louise Lawler photographed masterpieces of modern art as arranged in corporate boardrooms and cloistered private homes, while Sherrie Levine reshot the works of master photographers, lifting their canonical images from books and posters and claiming them as her own.

In the early 1980s, in a marked shift from the predominance of photo-based works, some of the “Pictures” artists turned to traditional mediums, such as painting. The final rooms of the exhibition showcase the spectacular large-scale paintings and assemblages made by Jack Goldstein, Troy Brauntuch, Robert Longo, and David Salle, and the often contentious responses by women artists such as Barbara Kruger, Ericka Beckman, and Dara Birnbaum, who chose to continue their work in photography, film, and installation.

The Pictures Generation, 1974–1984 is organized by Douglas Eklund, Associate Curator in the Department of Photographs.

In conjunction with the exhibition, there will be a fully illustrated catalogue by Douglas Eklund. The catalogue essays trace the evolution of the artists’ work, including the influence of Conceptual Art, the development of Appropriation Art, and an eventual return to an interest in painting. The catalogue is published by the Metropolitan Museum and distributed by Yale University Press, and will sell for $65 (hardcover).

The catalogue is made possible by the Mary C. and James W. Fosburgh Publications Fund and the Antoinette Kraushaar Fund.

The Metropolitan Museum will present an array of education programs in conjunction with The Pictures Generation, including a Sunday at the Met program on May 10 of performances by Michael Smith and Paul McMahon; a concert by Rhys Chatham on April 24; screenings of the documentary film Nobody’s Here but Me: Cindy Sherman; and Artists Select Films, a series of three films, each chosen and introduced by a different artist in the exhibition (Barbara Bloom, Robert Longo, and David Salle). Additional programs
to be offered are gallery talks and a photography course for people with visual impairments.

An audio tour, part of the Museum’s Audio Guide Program, will be available for rental ($7, $6 for Members, $5 for children under 12).
The Audio Guide program is sponsored by Bloomberg.

Rina Ayuyang Home…Where the Art Is