The Guggenheim: The Making of a Museum 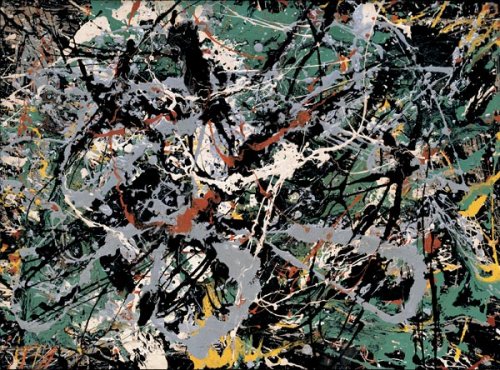 [ad#lb]
More than fifty masterful paintings from the collection of the Solomon R. Guggenheim Museum in New York, representing the work of over forty of the most important artists of the twentieth century, will be on view in Abu Dhabi from November 17, 2009, to February 4, 2010 in the exhibition The Guggenheim: The Making of a Museum. The exhibition is presented under the patronage of His Highness General Sheikh Mohammed bin Zayed Al Nahyan, Crown Prince of Abu Dhabi and Deputy Supreme Commander of the UAE Armed Forces.

The Guggenheim: The Making of a Museum will be on view in Gallery One at the Emirates Palace, Abu Dhabi. Key works from the Solomon R. Guggenheim Museum’s collection featured in the exhibition will include Paul Cezanne’s Bend in the Road Through the Forest (1873–75), Willem de Kooning’s Composition (1955), Vasily Kandinsky’s Decisive Rose (1932), Paul Klee’s New Harmony (1936), Piet Mondrian’s Composition 8 (1914), Robert Motherwell’s Elegy to the Spanish Republic, No. 110 (1971), and Jackson Pollock’s Untitled (Green Silver) (ca. 1949).

The Guggenheim: The Making of a Museum is the first exhibition to be organized by the Solomon R. Guggenheim Foundation in collaboration with Tourism Development & Investment Company (TDIC) as part of a program of art and cultural development leading up to the opening of the Guggenheim Abu Dhabi Museum. Accompanying the exhibition will be a full program of educational presentations.

The Guggenheim Abu Dhabi, which will open in 2013 as part of Abu Dhabi’s Saadiyat Island Cultural District, is being founded to fulfill an educational mission centered on the art of today. The museum will be housed in a distinctive building designed by Frank Gehry, one of the world’s most renowned contemporary architects. Like the Guggenheim in New York, the Guggenheim Abu Dhabi will build a permanent collection that reflects a specific point of view about the art of our time, namely its essentially global orientation. The new museum will include not only key examples of Western art, but also the rich and diverse fields of Asian, African, South American, and Middle Eastern art in the twentieth and twenty-first centuries.

Exhibition Overview
The Guggenheim: The Making of a Museum charts the history of the Guggenheim’s collection from 1929, when American businessman Solomon R. Guggenheim began to actively acquire modern art, to 1959, when the landmark Frank Lloyd Wright–designed museum building bearing the founder’s name opened to the public. The works in the show reflect the particular emphases of the collection and exhibition program during these formative years, thereby calling attention to the ways in which the time period, place, and individuals involved in the making of a museum have an impact on the mission of the institution. In this way, the exhibition also points toward the future Guggenheim Abu Dhabi.

This exhibition explores the history of abstract painting in Western art during the first half of the twentieth century. The pictures in the first three sections of the show, many of them drawn from the Solomon R. Guggenheim Founding Collection, represent a particularly fertile period in art history. During the last two decades of the nineteenth century and the first two decades of the twentieth century, artists associated with the most important movements in the West—among them Post-Impressionism, Cubism, Expressionism, and Neo-Plasticism—broke with the traditional view that visual art should faithfully reproduce the visible world. These artists’ pioneering styles opened up a number of new formal possibilities that radically transformed both the look and content of art and in so doing inaugurated the history of modern art in the West.

This presentation begins with Cézanne and Georges Seurat, who pushed the limits of representation even further than the Impressionists and helped to solidify Paris as the leading center for experimental avant-garde art. The second half of the exhibition considers early-twentieth-century abstraction and Expressionism—represented in the show by Kandinsky and Franz Marc—and its impact on painting in Europe and the United States in the decades immediately following World War II. Pictures by De Kooning, Adolph Gottlieb, and Pollock, as well as other leading Abstract Expressionists such as Mark Rothko, are featured in the exhibition’s final section, which provides a rich overview of this watershed chapter in the history of twentieth-century abstract painting in the West.

This serves as a fitting endpoint to the presentation, as many of these artists and some of these paintings were included in the Solomon R. Guggenheim Museum’s inaugural exhibition in 1959. By that time, the range of art acquired and exhibited by the Guggenheim had expanded beyond its early emphasis on nonobjective painting, and the institution had begun to signal its interest in a more global orientation through, among other means, the establishment of the biennial Guggenheim International Award in 1956. Even as the Guggenheim underwent these changes, it continued to collect artworks and mount exhibitions that testified to the enduring power of abstraction, a reflection of the institution’s ongoing commitment to its founding mission to educate the public about the art of its time.

The exhibition is also accompanied by a fully illustrated, hardcover, bilingual catalogue (Arabic and English). The 192-page book includes a chronology of the Guggenheim from 1929 to 2009, an essay detailing the three decades (1929–59) leading up to the opening of Frank Lloyd Wright’s museum building, and texts on the developments in art history and the achievements of the featured artists.

The Guggenheim: The Making of a Museum has been organized by the Solomon R. Guggenheim Foundation in collaboration with the exhibition’s presenter Tourism Development & Investment Company (TDIC), the Emirate’s leading cultural and tourism asset developer.