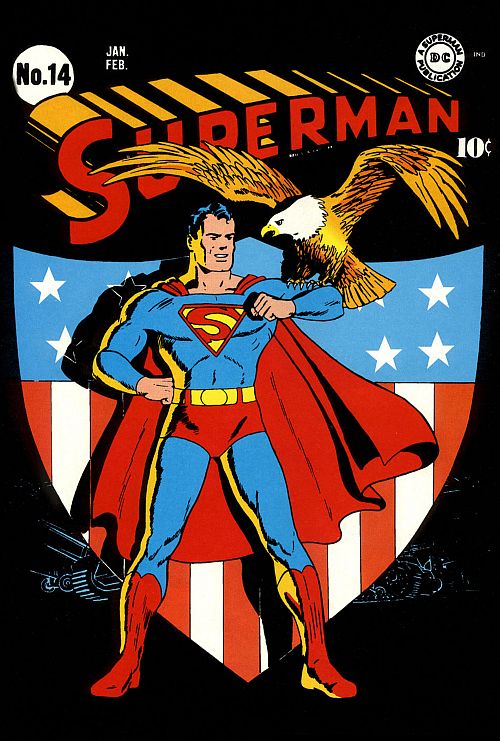 The Cartoon Art Museum celebrates the 75th anniversary of Superman, The Man of Steel with an exhibition exploring the long and storied history of The Last Son of Krypton, from his earliest incarnation when he launched the Golden Age of comics through his bizarre adventures in the Silver Age of comics to the modern era, where he continues his never-ending battle for Truth, Justice, and the American Way.

In 1938, the first issue of Action Comics hit newsstands, and Superman became an instant hit with readers. Creators Jerry Siegel and Joe Shuster, childhood friends from Cleveland, Ohio, unsuccessfully pitched the character to newspaper syndicates for several years before selling the feature to National Allied Publications, the forerunner to DC Comics. Over the next 75 years, Superman became one of the world’s most recognized and beloved icons, appearing in comic books, comic strips, animation, radio, live action films, and on countless merchandise.