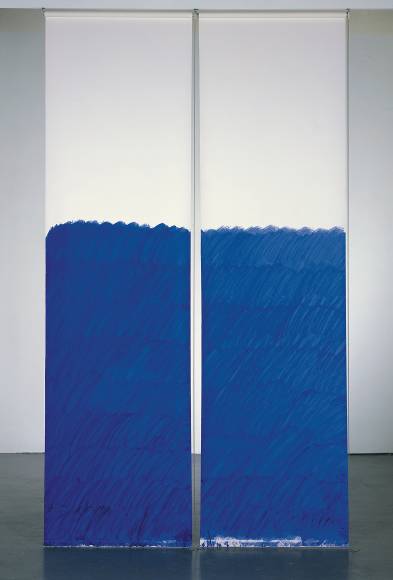 [ad#lb]
In January 2010, the Contemporary Art Museum St. Louis presents a new exhibition by American artist Stephen Prina. For thirty-years, Prina has played with the role of the artwork within cultural, art-historical, institutional, and personal networks. While his practice encompasses painting, installation, photography, and film, he has also released over a dozen music albums under his own name and as part of the band The Red Krayola. Having kept his artistic interests separate from his musical pursuits for decades, Prina has recently begun experimenting with new combinations and relationships—as he explores personal and public eulogies, and the relationship between artistic intentions and the afterlife of objects.

The exhibition’s namesake is shorthand for the artist’s newest—and most complex—musical score to date. Appropriating Anton Webern’s Koncerto Opus 24 for Nine Instruments, Prina re-inserts his own pop songs and covers from the last fifteen years. An eleven-musician score in three movements, Koncerto for Modern, Movie and Pop Music for Ten Instruments and Voice (2009) represents a powerful poetic metaphor for the cross-pollination of personal, art historical, and musical narratives that have long suffused Prina’s practice.

At the Contemporary, Prina presents a new suite of monochrome paintings on window blinds, a continuation of his ongoing series of diptychs titled Exquisite Corpse: The Complete Paintings of Manet (1988-2008), and a recent room installation—arranged though Prina’s lens into a system of fragmentations and reveals. The artist has long taken the position that past is never really distinguished from present—that history is always relevant—and that the specter of Modernism continues to surface. Coupling his monochrome blinds, suspended from the museum’s grand-scaled performance gallery, with what he calls a “movable stage spectacle” in a large adjacent gallery, Prina orchestrates a taxonomy of his art that, at its heart, reveals an attention to the consonant spaces of painting, film, architecture, and music.

Stephen Prina (born in 1954 in Galesburg, Illinois) has since the early eighties exhibited in galleries and museums worldwide. Surveys of his work have been presented at Museum Boijmans-van Beuningen Rotterdam; Frankfurter Kunstverein; Staatliche Kunsthalle Baden-Baden; and Centro Andaluz de Arte Contemporaeno, Sevilla. One-person exhibitions have been mounted at Kunsthall Bergen, Art Pace, San Antonio; Museé d’art Moderne et Contemporain, Geneva; P.S.1 Museum, New York; The Power Plant, Toronto; The Renaissance Society at the University of Chicago; as well as in Los Angeles, Cologne, Düsseldorf, London, Paris, Seoul, and Vienna. He has participated in Documenta IX, Venice Biennale XLIV, 51st Carnegie International, the 2008 Whitney Biennial, and in group exhibitions at Museum of Modern Art, New York, and Museum of Contemporary Art, Los Angeles. His concerts of have been staged in venues around the world and recordings are available on the Drag City and organ of corti record labels. Prina lives and works in Los Angeles and Cambridge, where he is Professor of Visual and Environmental Studies at Harvard University. He is represented by Galerie Gisela Capitain, Cologne, and Friedrich Petzel Gallery, New York.