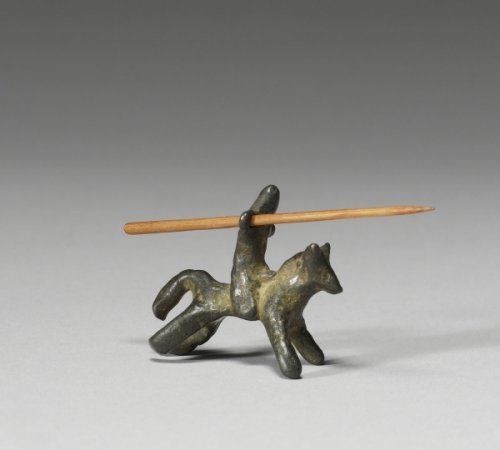 [ad#lb]
Miniature books have delighted and fascinated readers the world over for centuries and continue to be avidly collected today. This exhibition features over 30 small-scale manuscripts and rare books from the Walters’ collection, including delicately painted Books of Hours, tiny and beautifully written Korans, and printed books so small they can barely be read. A particular highlight is a prayer book made for Marie de Medici, regent of France from 1610-19. Marie was particularly fond of lace, and the borders of each page of this manuscript were hand-cut into delicate lace patterns of astonishing complexity.

Commonly thought to be mere curios created primarily to astonish and delight their beholders, miniature books and other forms of tiny art are also profound works of art with complicated meanings. A paper-thin gold scroll with a tiny spell written on it, for example, emboldens its owner by putting supernatural powers literally in the palm of his hand. Minuscule religious texts, whether Korans or Christian prayer books, require such concentration to be read that they can promote a meditative state in the reader, thus amplifying their spiritual power. This exhibition promises not only to delight audiences with its examples of tiny art from throughout the world, but also to encourage them to reflect on how such little things can possess such great power.