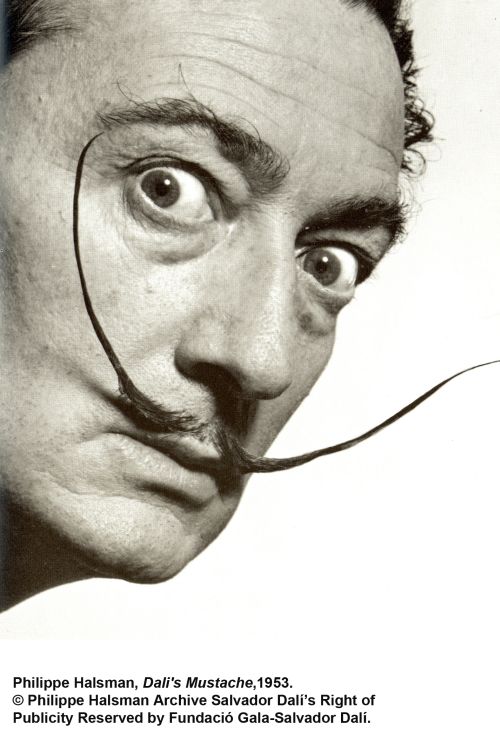 The first major exhibition to
reevaluate the last half of Salvador Dalí’s career will be presented exclusively at the High Museum of Art this August. Beginning in the late 1930s, Dalí went through a radical change in which he embraced Catholicism, developed the concept of nuclear mysticism and, in effect, reinvented himself as an artist. Comprising more than 40 paintings and a related group of drawings, prints and other Dalí ephemera, “Salvador Dalí: The Late Work” will also explore the artist’s enduring fascination with science, optical effects and illusionism as well as his connections to such artists of the 1960s and 1970s as Andy Warhol, Roy Lichtenstein and Willem de Kooning.

Among the highlights of the exhibition will be several works that have not been seen in the U.S. in 50 years, including the monumental “Christ of St. John of the Cross,” which was voted Scotland’s favorite painting in 2007, and “Santiago El Grande,” which has not left New Brunswick, Canada, since 1959. Designed as an altarpiece, this painting includes Dalí’s vision of the Crucifixion, an homage to Saint James (the patron saint of Spain) and an atomic explosion. The exhibition will also feature “Assumpta Corpuscularia Lapislazulina,” from a private collection in Spain, which has not been seen publicly since 1959.

“Salvador Dalí: The Late Work” is organized by the High Museum of Art in collaboration with the Salvador Dalí Museum, St. Petersburg, Florida, and the Fundació Gala-Salvador Dalí, Figueres, Spain.
The High will be the sole venue for the exhibition, where it will be on view from August 7, 2010, through January 9, 2011.

“Salvador Dalí at the High Museum brings together one of the most important groupings of the artist’s later work to ever be shown, and also affords our visitors the opportunity to meet one of the greatest artists and intriguing minds of the twentieth century,” said Michael E. Shapiro, the High’s Nancy and Holcombe T. Green, Jr. Director. “It will be thrilling for our audiences to see the evolution of the world’s best known Surrealist.”

“Salvador Dalí: The Late Work” will be introduced by a selection of vintage photographs highlighting Dalí’s collaborations with photographer Philippe Halsman. The subsequent galleries will include a selection of works that provide a background for understanding the artist’s development beyond Surrealism, highlighting earlier works such as “Femme Couchée” (1926) as well as those most associated with the Surrealist movement, including “Morphological Echo” (1936) and “Transparent Simulacrum of the Feigned Image” (1938).

Visitors will then be introduced to Dalí’s concept of “nuclear mysticism.” With his conversion to Catholicism in the 1940s, religious iconography also became prevalent in his work during this period.
These themes often converged in works such as “The Madonna of Port-Lligat” (1949), which portrays the classic Madonna and Child fragmented and breaking into particles—Dalí’s way of uniting modern science and atomic physics with religious tradition.

Also included in this section is the monumental “Christ of St. John of the Cross”—one of the artist’s most famous images—which portrays the crucified Christ on the cross from a striking angle, looking down from above. Dalí described the image as having come to him in a dream, in which he envisioned Christ as the atomic nucleus. Visitors will see this work alongside “Santiago El Grande.” This section of the exhibition will also explore Dalí’s innovative graphic works in his illustrations of “Don Quixote,” which he created in public spectacles that involved applying paint with rhinoceros horns.

The final section of the exhibition will trace Dalí’s work in illustration, fashion and theatre, all part of his creative projects that predated later commercial ventures by such “celebrity artists” as Andy Warhol and Jeff Koons. Included will be examples of sculpture, jewelry, a chess set and a sampling of the artist’s rarely exhibited portrait works of America’s high society. Exploring Dalí’s relationship with 1960s Pop Art, the exhibition will include Andy Warhol’s “Screen Test: Salvador Dalí” and the photomontage “Mao Marilyn” that blends Marilyn Monroe’s features with those of Chairman Mao, which Dalí commissioned from photographer Philippe Halsman.

As an example of Dalí’s innovative use of media and popular persona, the exhibition will feature the 1960 film “Chaos and Creation”—possibly the first example of video art—in which Dalí creates an abstract painting using a motorcycle, popcorn and Pennsylvania pigs. The final segement of the exhibition will showcase some of the artist’s most innovative late works such as his hologram of rock star Alice Cooper and the 1958 painting “The Sistine Madonna,” which predates Pop Art by superimposing the image of the Virgin and Child onto a giant photograph of the Pope’s ear, which is composed of a benday dot pattern.

“Dalí’s art after 1940 continues to be highly controversial due to his perceived reactionary politics, unabashed commercialism, and conservative mode of representation,” said Elliott King, guest curator for the exhibition and Dalí scholar. “Critical understanding of these issues has changed over the past fifty years, and where Dalí was once deliberately out of step with modern art, today we can look back on his ‘late’ work and appreciate its innovations and antecedence to more contemporary concerns. If we move beyond Dalí’s veneer of self-promotion or, better still, understand it as integral to his artistic project, the work can be recognized as some of the most intelligent and dynamic of the twentieth century.”