The Walters Art Museum will offer visitors a rare opportunity to examine the ancient Egyptians’ fascination with human and animal mummies in the focus show Mummified, on view Nov. 15, 2008 to Nov. 8, 2009. 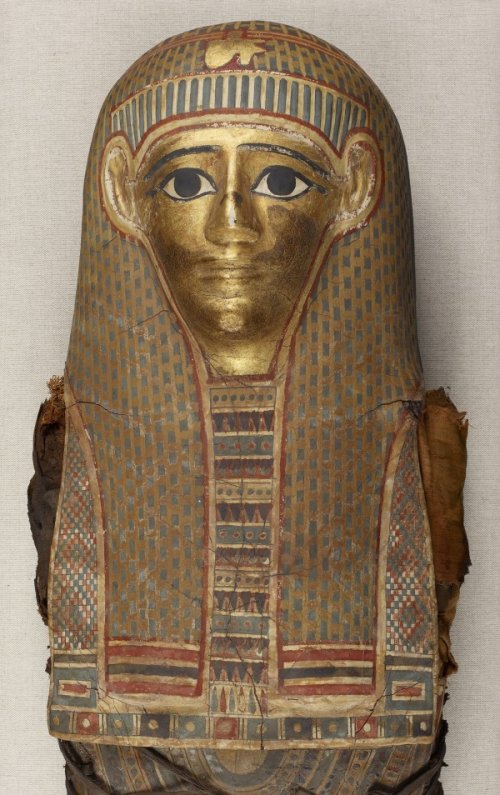 [ad#lb]
During Mummified, visitors can view a virtual autopsy of one of the museum’s mummies. The University of Maryland School of Medicine’s Department of Diagnostic Radiology and the Walters performed a CT scan on the mummy in Spring 2008. An interactive computer program at several museum locations will allow visitors to learn about the virtual autopsy and “see inside” the mummy, as well as learn more about ancient Egyptian mummies. The exhibition will also present 21 ancient Egyptian objects, showing images of mummified persons, animals and deities, including Osiris and Ptah, while explaining the resurrection symbolism of ancient Egyptian mummiform. Visitors may also see a variety of human, animal and counterfeit ritual mummies in the museum’s Egyptian galleries and its Chamber of Wonders.

“While other cultures sought to preserve the bodies of the cherished dead, a practice that continues even in the present day through taxidermy and embalming, mummification was uniquely central to Egyptian religion and ritual practices from the beginnings of Egypt’s history,” said Regine Schulz, director of international curatorial relations and curator of ancient art. “The exhibition examines the role of mummification in Egyptian culture as well as the art it inspired.”

The Exhibition
The centerpiece of Mummified is a mummy excavated between 1930 and 1931 in Deir el-Bahari, Western Thebes by the Metropolitan Museum of Art’s Egyptian expedition. It entered the Walters’ collection in 1941 by exchange with the Metropolitan Museum of Art and has remained a mystery due to a lack of identifying inscriptions. CT scanning enabled scholars and scientists to learn, noninvasively and in a respectful manner, more about the subject. The results indicate that the mummy, encased in an elaborately decorated linen and plaster case, was a woman who was between 50 and 60 years old when she died. She was quite small, even by the standards of her time, measuring only 57 3/8 inches. She suffered from severe dental problems, including at least sixteen abscesses, and one tooth had a dental prosthesis probably made from resin. Ancient dentists could not cure such dental problems so her death was possibly the result of septicemia caused by the abscesses.

By studying the excavation history and decoration of her cartonnage case (the linen or papyrus material used to make funerary masks) scholars know she lived between 850 and 750 BC in Thebes, belonged to the middle class and might have been the mother or wife of a priest, scribe or craftsman. In the absence of an inscription or other identification that has not been preserved, she has been nicknamed Mery, meaning “the beloved” in ancient Egyptian.

Mery was too short for cartonnage and her coffin, leaving scholars with two different explanations for her curious mummification. One reason is that only cartonnages and coffins of standard sizes were available, and a special production would have been too expensive for her family. The other option scholars propose is the intention to provide Mery with not only an ideal face, but also an ideal height for her eternal life.

The University of Maryland Department of Diagnostic Radiology and the Walters also performed a CT scan on a small mummy in a black and gilded coffin. The scan verified that it is actually a counterfeit ritual mummy made from a mixture of mud, sand, grain and seeds and wrapped in linen bandages. This counterfeit mummy is one of many examples of a corn mummy containing no body within the wrapping, but was nonetheless magically transformed into a “genuine” mummy through an ancient ritual. In this ritual, such figures were moistened so the grain would germinate and ensure resurrection in the afterlife. The corn mummy materials represent fertile land and allude to Osiris as god of fertility and vegetation. This corn mummy is on loan to the Walters from a private collection in Maryland.

The show also will present ibis, cat and falcon mummies with their X-ray images, as well as statuettes of mummiformed men, women and deities. These statuettes pose the intriguing question of why the Egyptians chose to represent their creator and fertility gods as mummies. Particularly impressive in this collection is an ibis mummy still resting in its ceramic funerary urn, which is on loan from the Archaeological Collection of the Johns Hopkins University, and bronze figures of falcons that served as mysterious receptacles for mummified raptors.