Mister Delta, a gallery owner and collector in the museum 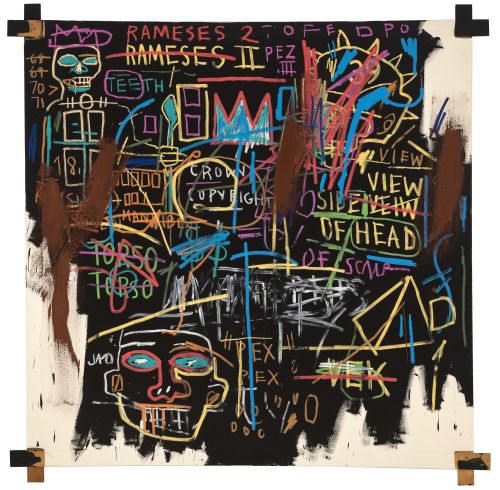 This winter, Museum Boijmans Van Beuningen is presenting an exhibition in honour of the fiftieth anniversary of the Rotterdam gallery Delta. Hans Sonnenberg, founder and owner of the gallery and in addition an ardent collector, donated sixteen ‘promised gifts’ to the museum in 2000. This important donation, which included paintings by Constant, objects by Piero Manzoni, work by English popart artists and two painting by Jean-Michel Basquiat, forms the heart of the exhibition. Acquisitions that the museum made in the past fifty years from Delta are also included in the exhibition, together with several paintings from Sonnenberg’s private collection. The opening of the exhibition coincides with the Art Rotterdam art fair, in which Sonnenberg actively participates for many years.

In the exhibition, the emphasis is on work from the sixties, seventies and eighties of the previous century. The museum exhibits work by Karel Appel, Constant and Asger Jorn from the Cobra period. Kees van Bohemen and Jaap Wagemaker represent the informal art. In addition, the exhibition contains works by ZERO artists, such as Jan Schoonhoven and Piero Manzoni and popart artists such as David Hockney, Allen Jones and Richard Hamilton. The new figurative movement is also represented with work by Peter Saul, Hugh Weiss and Eduardo Arroyo. The neo-expressionism of the eighties is illustrated with paintings by artists such as Jean-Michel Basquiat and Rainer Fetting.

Delta gallery, which opened its doors on 8 January 1962, was the first gallery in Rotterdam that concentrated exclusively on contemporary art. The role that Hans Sonnenberg played as gallery owner and collector in the Rotterdam art world cannot be overestimated. He succeeded time and again in bringing international developments to the harbour city. In addition, he was aware of the importance of a platform for Rotterdam artists. Sonnenberg has run Delta for an uninterrupted period of fifty years. In his opinion, the gallery owner should ideally be closely connected with the gallery. “The gallery and the gallery owner are one. They call me Mister Delta, but Delta is Hans Sonnenberg”, says the gallery owner in the publication that appears to accompany the exhibition.