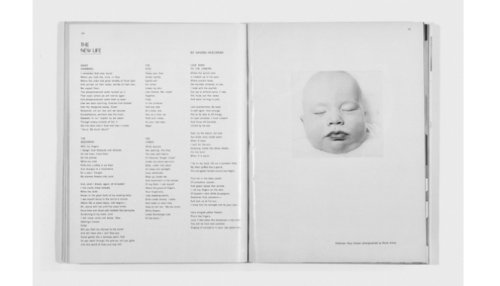 The French artist Pierre Leguillon has compiled a unique retrospective on the large body of work produced by Diane Arbus for the Anglo-American press in the 1960s. This spring and summer, the exhibition will be shown at Moderna Museet Malmö, featuring some 100 photos in their original context – on the pages of magazines.

In the 1960s, Diane Arbus (1923-1971) was used widely by publications such as Harper’s Bazaar, Esquire, Nova and The Sunday Times Magazine. Her extensive work for the Anglo-American press is relatively unknown, however, and Pierre Leguillon’s presentation is the first time it has been shown in this way: a printed retrospective in the form of some one hundred original magazine spreads.

The exhibition demonstrates the New York photographer’s wide range of subjects and genres: photo-journalism, kids’ fashion, several photo essays and a rich variety of celebrity photos, including Marcello Mastroianni, Norman Mailer, Jorge Luis Borges, Lilian and Dorothy Gish and Mrs Martin Luther King. Many of the pictures have comments or captions written by Diane Arbus herself.

This is an opportunity for visitors to see Diane Arbus’ extensive output in the context for which her photos were originally intended, and together with text. Interspersed with the magazine spreads are a number of contemporary magazines with selected texts and images by other photographers, including Walker Ewans, Stanley Kubrick, Annie Leibovitz, Bill Owens, and Wolfgang Tillmans. Photographers who directly or indirectly refer to Diane Arbus’ oeuvre, and thereby underline its vital impact on its contemporary time and the present. Pierre Leguillon’s retrospective on Diane Arbus is presented as works of art/exhibition/collection, and visitors are invited to reflect on these concepts, and on the relationship between original and copy.

The exhibition involves a slight re-arrangement of the exhibition Spectacular Times in the adjoining gallery. Pierre Leguillon has also hand-picked three works from the Moderna Museet collection that relate in some way to the work of Diane Arbus. In this way, the two exhibitions are temporarily linked.

Pierre Leguillon presents Diane Arbus: a printed retrospective, 1960-1971 will be on display at Moderna Museet Malmö from 27 March to 1 August, 2010. The exhibition was produced jointly by Kadist Art Foundation, Paris and Centre Régional de la Photographie Nord Pas-de-Calais, Douchy-les-Mines. It will eventually be incorporated in the Kadist Art Foundation collection.