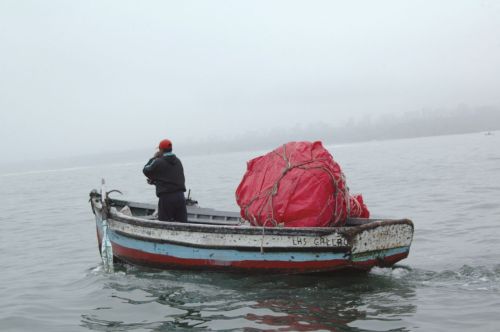 Red Square Impossible Pink is an exploration on the frame as the aesthetic and political limit of representation in art. In Melanie Smith’s work the pictorial question on the frame as a limit has driven large part of her artistic research. By questioning the aesthetic and artistic practices of modernity — particularly the relationship between abstraction and utopia in Suprematism — this project works on the displacements and variations this utopia has produced in Latin American geo‐esthetical emplacements. Thus, Smith tackles the issue of the transformation of utopias as artistic projections into heterotopias as productions of social and political experience in Latin America.

The exhibition is articulated through three video works coauthored by Rafael Ortega, a series of paintings and an installation. The video works develop the notion of emplacement as a dialectical play between ruins and chaos, an operation in which paintings and installations function as spectral interventions between the Palazzo Rota Ivancich and the video pieces. Delirium, compulsion and melancholy are the three affects that Melanie Smith explores in these works.

With this participation, the presence of the Mexican Pavilion at la Biennale di Venezia is consolidated in the dialogue established by the current art produced in Mexico with contemporary artistic practices. This is the third time the Mexican Pavilion is uninterruptedly presented, with previous participations by Rafael Lozano‐Hemmer in 2007 (curated by Príamo Lozada † and Bárbara Perea) and Teresa Margolles in 2009 (curated by Cuauhtémoc Medina).