KUB Solidarity Action for Ai Weiwei at the Venice Biennale 2011

The Chinese artist Ai Weiwei was arrested at Beijing International Airport on April 3, 2011, and has been detained since at an undisclosed location. Neither his family nor his team knows where he is. His arrest, which is part of a wave of repressive measures against critical intellectuals and artists, has been heavily criticized internationally. 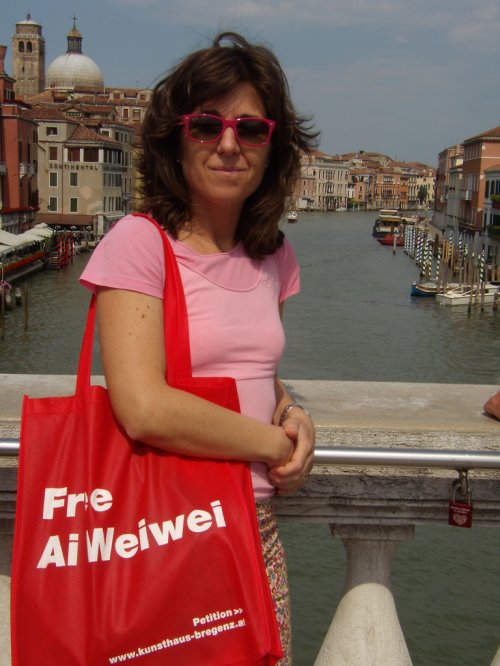 The Kunsthaus Bregenz organized a protest action against Ai Weiwei’s arrest for the Venice Biennale Preview by distributing 5,000 red bags at the national pavilion entrances. The bags were printed with “Free Ai Weiwei” and a call to sign the petition on the KUB website.

Students enlisted by the KUB to hand out the bags were asked when doing so to draw attention to the call for Ai Weiwei’s release.

It had been planned to distribute the bags on the first three Preview days. Because of the high demand, however, no bags were left by the second day. The reaction of visitors was extremely positive. Many expressed their thanks, the more so as it was one of the few actions in Venice to draw any attention at all to the artist’s arrest.

The Ai Weiwei solo exhibition “Art / Architecture” will be showing at the Kunsthaus Bregenz as planned as of July 16, 2011.