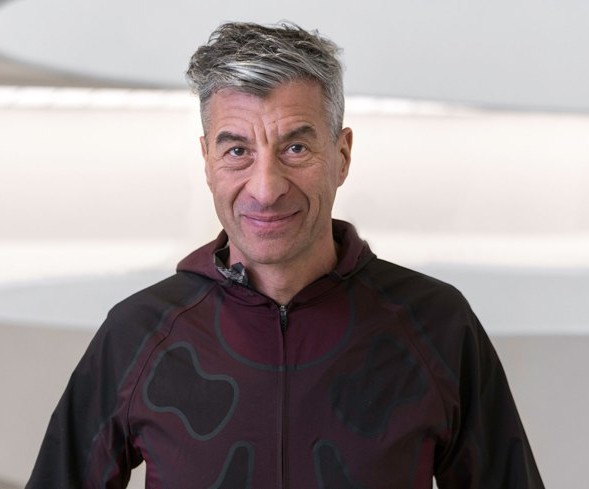 A new, site-specific work by Maurizio Cattelan opens at the Solomon R. Guggenheim Museum on September 16, 2016. For Maurizio Cattelan: “America”, the artist replaces a toilet in one of the museum’s public restrooms with a fully functional replica cast in solid gold. Cattelan is often described as the art world’s resident prankster and provocateur; this installation is the first artwork he has produced since his 2011–12 Guggenheim retrospective, Maurizio Cattelan: All, which initiated the artist’s self-imposed exile.
The new work makes available to the public an extravagant luxury product seemingly intended for the 1 percent. Its participatory nature, in which viewers are invited to make use of the fixture individually and privately, allows for an experience of unprecedented intimacy with an artwork. Cattelan’s toilet offers a wink to the excesses of the art market, but also evokes the American dream of opportunity for all, its utility ultimately reminding us of the inescapable physical realities of our shared humanity.
As an art historical gesture, “America” references Marcel Duchamp’s Fountain (1917), a urinal presented as sculptural readymade. Created nearly a century after Duchamp’s seminal work, Cattelan’s installation may be understood as countering the artistic transgression of Fountain by restoring the function of their shared subject. “America” also alludes to Piero Manzoni’s examination of creative labor and value in the series Artist’s Shit (1961), in which Manzoni allegedly canned his own excrement and sold each container at a price equal to its weight in gold.