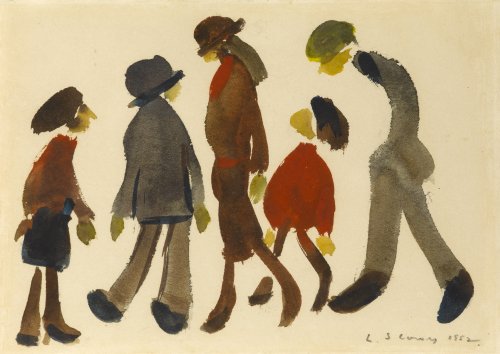 Part of the attraction of Master Drawings is the wide range and quality of drawings exhibited at the event. This year is no exception.

Agnew’s is planning to show a pen and brown ink and brown wash over black chalk drawing by Filippo Napoletano (1587-1629) entitled The Launch of a Galleon, which is believed to be dated between 1617-1620. Katrin Bellinger at Colnaghi is exhibiting drawings by Farinati (1524-1606), Fragonard (1723-1806) and Tiepolo (1727-1804) as well as a signed and dated drawing by Maerten van Heemskerck (1498-1574) entitled Susanna Led away to her Death; Daniel Denounces the Elders, which was formerly in the collection of the Dukes of Devonsire for more than three centuries before being sold in 1984. Thomas Williams Fine Art is exhibiting a pen and brown ink drawing, Study of a Man in Profile Holding a Book by Guercino (1591-1666) that belongs to a special class of independent study, which was created as exemplars for pupils to copy. An oil sketch by Francesco de Mura (1669-1782) being shown by Tinity Fine Art entitled Peasant Woman with a Young Boy shows a sophisticated composition very much in harmony with the rococo spirit of the period.

Didier Aaron is making a special exhibition of around twenty watercolour designs for wall decorations by François-Joseph Bélanger (1744-1818), the eighteenth-century French neoclassical architect and designer of gardens and interiors. The watercolours in this exhibition date to around 1785-9 and offer an unexpected view of the rich Parisan interiors which existed behind the comparatively sober façades of the Louise XVI and early Empire periods. Also making a special feature within the context of their exhibition is Theobald Jennings who is showing a group of important Kirschner drawings.

19th and 20th-century European drawings are shown by a number of galleries including Stoppenbach & Delestre who amongst other things will show Le Jongleur c. 1935, gouache by André Derain (1880-1954). This drawing formerly belonged to Ambroise Vollard, who gave the drawing to his chauffeur Marcel Z. Méraud. Vollard’s inscription to his driver reads ‘Pour Marcel qui conduit si bein and qui est si précautionneux des objects d’art. Vollard [To Marcel who drives so well and is so careful with works of art].
The tragic irony is that Vollard was killed in a car accident in 1939 with his driver Marcel at the wheel.
Russian work from the late 19th century and early 20th century will be shown by Sphinx Fine Art, who will
show a watercolour over pencil on paper drawing with gouache and gold paint by Natalia Goncharova (1881-1962) which is a Stage Design for ‘The Firebird’, Act II, signed an inscribed ‘Oiseau de Feu, décors II tableau/ N. Goncharova’ . The gallery will also show work by Alexei Harlamoff (1840-1922), Ilya Repin (1844-1930), and Maria Marevna (1892-1984).

There will be a rich array of English drawings available to tempt collectors including a newly discovered group of watercolours and drawings by the Norwich School artist, John Sell Cotman (1782-1842), which is being shown by W. S Fine Art/Andrew Wyld. Lowell Libson is exhibiting, amongst other things, a pencil with pen drawing by John Constable R.A. (1776-1837), Studies of a Peacock while a very rare watercolour by L S Lowry, entitled A Group of Five Figures, signed and dated 1952 is being shown by Stephen Ongpin Fine Art .