Hats: An Anthology by Stephen Jones

Hats: An Anthology by Stephen Jones
24 February – 10 May 2009
Victoria and Albert Museum 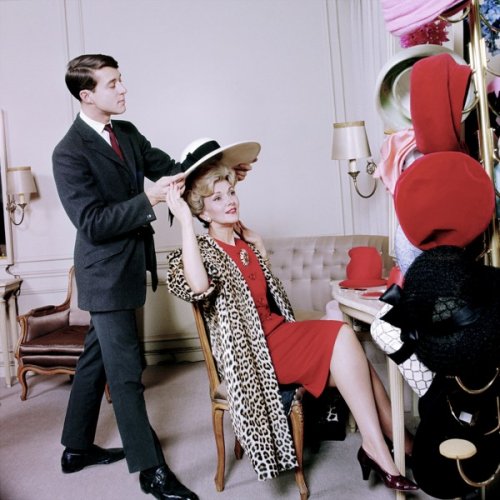 [ad#lb]
Hats: An Anthology by Stephen Jones is a collaboration between the V&A and one of the world’s foremost hat designers, Stephen Jones. The exhibition will display more than 300 hats chosen with the expert eye of a milliner. On display will be hats ranging from an Egyptian Anubis mask dating from 600BC to a 1950s Balenciaga hat and couture creations by Jones and his contemporaries. To show the universal appeal and delight of wearing hats, Jones has included a wide variety of styles including top hats, berets and a child’s plastic tiara.

Displayed in a magical, box-hedged, Baroque garden setting, Hats an Anthology will be the V&A’s first exhibition devoted to hats, with many pieces from its extensive hat collection on display for the first time.
Inspiration, the first section of the exhibition, will open with Prince Albert’s top hat and Queen Victoria’s bonnet, and looks at how the past has inspired countless designers. It will show historic and contemporary interpretations of hat styles such as the tricorn, bowler, baseball cap, bonnet, skull cap and many more. It will also look at common themes explored by milliners such as exoticism, modernism and the natural world.

Creation will show how hats are made and the traditions, innovations and practices at the heart of millinery. This area will be set up like a milliner’s workroom with patterns, sketches, materials and millinery blocks.

The Salon will reflect the milliner’s public showcase, featuring spectacular hats that show the craft at its sartorial best. On display will be designs by Philip Treacy, Mitza Bricard for Christian Dior, Vladzio d’Attainville for Balenciaga, Claude St Cyr for Norman Hartnell, Chanel and Stephen Jones.

In The Client, visitors will see hats worn by famous clients including royalty and avid collectors Dita von Teese, Gertrude Shilling, Isabella Blow and Anna Piaggi, as well as hats worn by Boy George and Madonna. There will also be hats that have appeared in films including two designed by Cecil Beaton for My Fair Lady, a
Balmain hat worn by Ava Gardner and Marlene Dietrich’s beret.

After the V&A invited Jones to explore its millinery archive, he and V&A fashion and textiles curator Oriole Cullen spent more than two years examining the cupboards, stores and archives of the V&A and other international museum collections. They made many new discoveries and uncovered wonderful examples.
They came across Dame Margot Fonteyn’s Dior arrow cloche of 1949 in Bath and the straw hat worn by Audrey Hepburn as Eliza Dolittle in My Fair Lady in the bottom of a box in the Warner Bros’ Hollywood archive. Other interesting selections include a Tudor knitted beret and a Coptic Fez c.1100 from the V&A’s
collection and a two inch miniature Stetson from the 1940s, used as a Christmas tree decoration and owned by a private collector in Los Angeles.

Stephen Jones said: “I was honoured when the V&A invited me to curate an exhibition about hats. Since my college days, the V&A has been a treasure trove of inspiration, but to study their archive was a dream come true. This exhibition draws on millinery collections world-wide, and is truly an eclectic and exciting anthology of hats from BC to the present day”.

Stephen Jones spearheaded the fashionable revival of British millinery in the early 1980s. Using unusual materials and daring designs, his exquisitely crafted hats have pushed the boundaries of hat design. Jones has collaborated with many leading fashion designers including Rei Kawakubo of Comme des Garçons, Giles
Deacon, Marc Jacobs and John Galliano for Christian Dior and has many celebrity clients.

Hats from the V&A and Jones’s own archive form the core of the display, with additions from other British collections including Bath, Stockport, Luton, and the Royal Collection. There will be contributions from lenders in Los Angeles, New York, Paris, Vienna and from private collectors around the world. The display will include the latest designs by the rising stars of the millinery world such as Noel Stewart and Nasir Mazhar. Hats on display by Stephen Jones will include designs from his two most recent collections ‘VANDA’ and ‘Albertopolis’ – both inspired by his work with the V&A.

One inspiration for the exhibition was the collaborative work that took place more than 30 years ago between the V&A and fashion photographer and illustrator Cecil Beaton. The ensuing exhibition in 1971, Fashion: An Anthology by Cecil Beaton, featuring haute couture designs donated by both fashion designers and their clients, helped put fashion firmly on the museum’s agenda.