The Carinthian painter Hans Bischoffshausen, born in Feld am See in 1927, was one of the leading representatives of the Austrian post-war avant-garde of the 1950s and 1960s. His exhibitions in Venice, Milan, and Paris permitted Bischoffshausen to gain first experiences with the ZERO movement and monochrome painting. Along the lines of ZERO art’s purism, his initially gloomy, material-based art evolved into clear forms and structures. 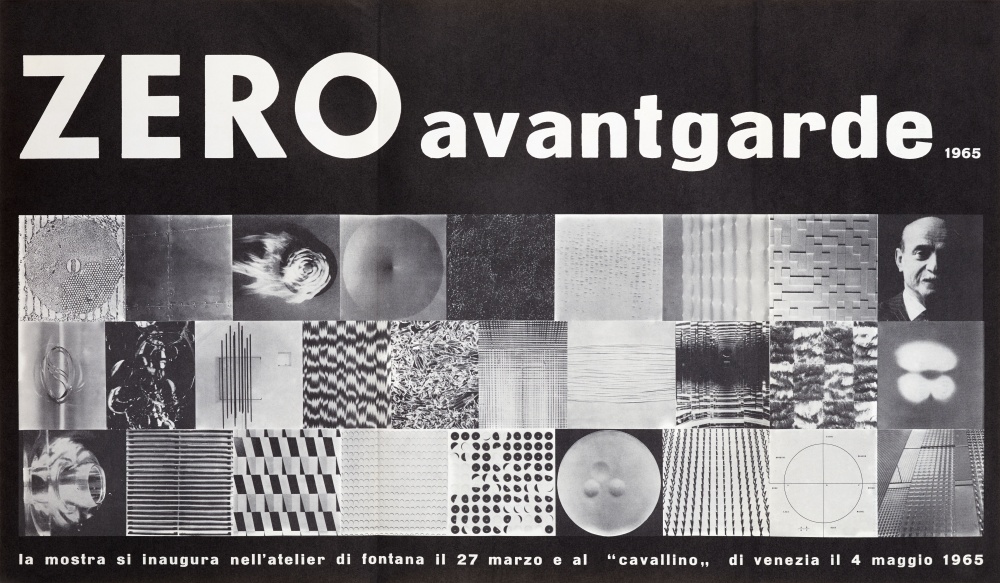 Bischoffshausen’s monochrome structural reliefs of the 1960s are an expression of his intensive preoccupation with the subject of script, language, and silence, by way of which he sought to grasp the world. In the first retrospective on Bischoffshausen to be presented by a public museum in Vienna, the Belvedere will be honouring the artist with its show More than ZERO – Hans BISCHOFFSHAUSEN from 8 October 2015 to 14 February 2016. The exhibition, installed at the Orangery, will not be limited to Bischoffshausen’s ZERO period, but will also highlight the links to and friendship with the Hildebrand Gallery in Klagenfurt and artists and companions from the Netherlands, Germany, Italy, and France. Bischoffshausen offered valuable support to Hildebrand and his wife when they founded their gallery and advised them on the selection of artists. This led to mutual artist friends, such as Bernard Aubertin, Lucio Fontana, and Hermann De Vries. Bischoffshausen’s artistic environment will be presented in the show in the form of works by his colleagues and friends, so that reciprocal influences between them and the Carinthian painter will become visible.
During the opening of the exhibition on 7 October 2015, a Tableau Feu will be ignited to commemorate the artist Bernard Aubertin, who died on 31 August. The ceremony will be attended by Christine Wetzlinger-Grundnig, Director of the Carinthian Museum of Modern Art, Agnes Husslein-Arco, Director of the Belvedere and 21er Haus, and exhibition curator Harald Krejci.
The exhibition is devoted to the principal works of the multitalented artist Hans Bischoffshausen and also explores mutual artistic relationships between him and his colleagues of the post-war avant-garde in France, Germany, Italy, and the Netherlands. “Where else, if not at the Belvedere, a museum for Austrian art, should such a cultural and art historical review be conducted and presented?”, emphasises Agnes Husslein-Arco, Director of the Belvedere and 21er Haus, adding: “The more so as the critical review of key chapters of Austrian post-war art history has found a firm place and met with concerted expertise in our museum.”
Bischoffshausen developed his reduced and material-based approach, by which he fathomed the limits of painting, at an early stage, in the context of his journeys to Italy and France.
Gallery visits in Venice and Milan laid the foundation for his art, in which he never ceased to probe the boundaries of painting. If his work was initially determined by a gestural, abstract manner of painting, he subsequently arrived at a new language of form by his use of sand, cement, perforations, and traces of fire, exploring the connections between script and image.
“Together with Arnulf Rainer, Maria Lassnig, Friedensreich Hundertwasser, Josef Mikl, Markus Prachensky, and Hans Staudacher, Bischoffshausen was one of those artists who attracted the attention of the international avant-garde scene as early as the mid-1950s. All of them except him had made their appearance in Paris or had undertaken study trips there in the first half of the 1950s and had therefore been substantially been informed by Art Informel. With Bischoffshausen it was different. His way to the French metropolis led via Italy,” says curator Harald Krejci.
His friendship with the Italian avant-gardist Lucio Fontana, who became world-famous for his slashed canvases, made Bischoffshausen adopt a broader concept of what a work of art might be, which he consistently elaborated after his move to Paris in 1959. Bischoffshausen soon gained access to the French art scene. The visual artist and ZERO representative Bernard Aubertin became an important companion. Between 1962 and 1965, Bischoffshausen’s career progressed rapidly, with shows in France and Germany and his participation in group exhibitions in Italy. Contacts to the international group NUL of Jan Schoonhoven enabled him to also try his success in the Netherlands. His friendship with Herman de Vries and Heinz Mack will also be addressed in the Belvedere’s exhibition.
Besides his artist friend Erwin Thorn, Bischoffshausen numbered among the few Austrian members of the ZERO movement. That Bischoffshausen was well aware of the direction he would take in his art is illustrated by an anecdote he told his parents-in-law in a letter: “A gallery idiot said to me: ‘What do you want? What you do is the end of painting […].’ ‘You are wrong,’ I replied, ‘this is where modern painting begins.’” His individual material iconology and conceptual reorientation in art before and after 1968 made him a leading exponent of the avant-garde. The exhibition seeks to build a bridge between the first material pictures of the 1950s and the Paris period within the ZERO movement. This is also the first time that light will be shed on the 1970s and 1980s. Screening the extensive archives of Ernst and Heide Hildebrand is an essential prerequisite for the publication of Bischoffshausen’s work and thus part of the on-going research on post-war art, which once again highlights an Austrian artist who is unjustly little known in Europe.