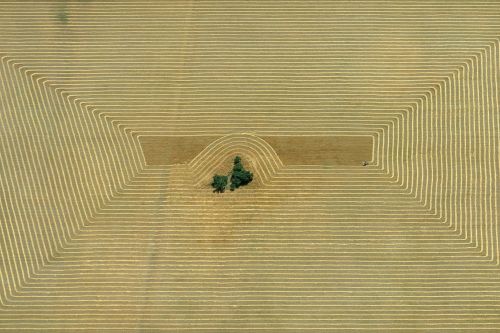 The Swiss photographer Georg Gerster (born 1928 in Winterthur) has ennobled the traditional aerial photograph in the course of half a century of aerial photography. In doing so, the artist with a background in literary studies not only gained technical mastery, but also combined his fascination with abstract forms and exuberant colours with a thirst for knowledge. In Gerster’s case, the alienation effect inherent in the aerial photograph is by no means an end in itself. Gerster uses it to awaken the viewer’s respect for the beauty and uniqueness of our planet. He also avails of it to promote an understanding of the old structures and life forms that have evolved over the centuries, and to document the impact of human intervention on global ecology. Fifty years after his first ‘photography flight’ in the Sudan in 1963, the Fotostiftung Schweiz in Winterthur is devoting a monographic exhibition to his work. Under the heading “The Stuff of life” it highlights the theme of world food
supplies, a focal point in Gerster’s oeuvre. In addition to a number of classics, the exhibition also presents numerous works that have been enlarged for the first time.