Apostles of Beauty: Arts and Crafts from Britain to Chicago

Apostles of Beauty: Arts and Crafts from Britain to Chicago
Art Institute of Chicago
from November 7, 2009 to January 31, 2010 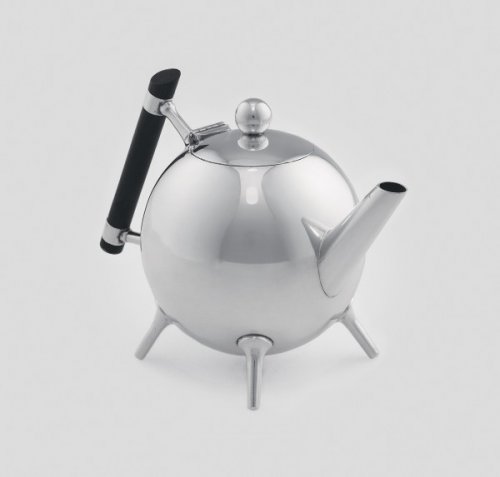 The Art Institute of Chicago has organized a major exhibition that, for the first time, traces the Arts and Crafts Movement in Britain through its manifestation in Chicago. Apostles of Beauty: Arts and Crafts from Britain to Chicago, on view from November 7, 2009 to January 31, 2010 , presents nearly 190 outstanding examples by the movement’s British originators, such as William Morris, Elbert Hubbard, and Charles Robert Ashbee, as well as its greatest American practitioners, including Gustav Stickley and Frank Lloyd Wright. The exhibition highlights a wide range of objects that encompasses ceramics, furniture, metalwork, paintings, photographs, and textiles. With a strong emphasis on Chicago’s absorption and interpretation of the movement, Apostles of Beauty draws deep on Chicago’s rich collections of Arts and Crafts objects, featuring works culled from the University of Chicago, the Frank Lloyd Wright Home and Studio, Crab Tree Farm, private collections, and the Art Institute’s own superb permanent collection. This is the first Arts and Crafts exhibition mounted at the Art Institute in more than three decades.

“Chicago, as the home of such architects and designers as Frank Lloyd Wright, is justly proud of its contributions to one of the most politically progressive and aesthetically compelling artistic movements of modern times,” said Judith Barter, curator of the exhibition and Field-McCormick Chair of American Art at the Art Institute. “Apostles of Beauty is intended to place the work of such figures in the full philosophical, political, and artistic context of the Arts and Crafts movement as it developed in Britain, tracing direct links across the Atlantic to the flowering of Arts and Crafts in the East and West Coasts, and specifically in Chicago. No other city has such a wealth of art from this period, and we are pleased to exhibit here works from private collections rarely shown before that show the reach, depth, and aspirations of the movement.”
[Apostles2] Apostles of Beauty traces the history of the Arts and Crafts movement through its complex stylistic and philosophical influences. The exhibition begins with an exploration of the movement’s early roots in Britain, particularly the impact of designer William Morris and his circle on the subsequent generation of architects and designers, and examines the phenomenon of “Japanism” in both British and American design. As the exhibition develops the history of the movement, it also importantly delineates how the style moved from the artist’s workshop to the consumer’s home, particularly through the popularization of the style via specialized periodicals, also on view here. Turning to the relationship between the movement’s philosophies and pictorialist photography, the exhibition extends the reach of Arts and Crafts beyond domestic design to progressive movements in other media. Finally, the exhibition outlines Chicago’s early acceptance of the British model and its later role in uniting hand and machine in the service of beauty.

The Arts and Crafts movement began in Victorian England, the cradle of the industrial revolution, the heart of mechanization, and, at the time, the epitome of capitalist thinking. Rebelling against the cheap, mass-produced object populating the homes of the middle classes, the originators of the Arts and Crafts movement stressed anti-industrialism, the elevation of the individual worker, the belief in rewarding labor and the handmade object, and the ability of a beautiful and well designed environment to provide moral uplift. The movement was both a philosophy and a style that permeated domestic interiors, including decorative arts and furniture, painting, and textiles. Particularly in Britain, the movement critiqued the values of Victorian society and its increasingly rigid class structure and exploitation of the laboring classes.

The socially progressive ambitions of the Arts and Crafts movement were accompanied by a new aesthetic focus that sought to integrate art into daily life. In their rejection of the current industrialist ethos, theorists and designers looked to the pre-industrial medieval past, the natural world, and non-western (particularly Japanese) culture for aesthetic inspiration. The forms of Arts and Crafts objects are varied and organic, and rooted in an integrity of materials and straightforward construction. As the movement developed, and certainly by the time it began to flower in the United States in the 1890s, it reached a rapprochement with industrial culture, recognizing that fully handmade materials were expensive and time-consuming to produce and instead opting to retain the look and spirit of handcraft while attempting broader production.

The movement had special resonance in Chicago, one of the most industrial of American cities at the turn of the 20th century. It was well suited to Chicago’s established reform movement, exemplified by Jane Addams and the Hull House. There immigrants and women received training in handicraft skills not only to beautify domestic life but also to provide them with viable, honorable work. As a result, Chicago is seen as one of the most important centers of the Arts and Crafts movement in the United States: by the 1890s, the city was home to a wide range of people and organizations committed to progressive beliefs–from Addams to John Dewey–and to reshaping the social order. The union of the movement with the machine aesthetic of Chicago launched the beginning of modern design in the city.

Apostles of Beauty offers one of the most comprehensive presentations of the Arts and Crafts movement ever mounted, due to the depth of local and private collections in the greater Chicago area. The exhibition, which can only be seen at the Art Institute, allows visitors the rare opportunity to see the movement unfold in the city where it reached its full manifestation and where many of its treasures still reside.

Accompanying Apostles of Beauty are programs for visitors of all ages. Highlights include a screening of Ken Burns and Lynn Novick’s film Frank Lloyd Wright; a lecture about the English Arts and Crafts Movement and the Cotswolds with scholar Mary Greensted; weekday gallery talks on the exhibition; and hands-on art activities in the Ryan Education Center for the whole family. For a complete list of programs, please check out the Art Institute’s Web site: www.artinstituteofchicago.org

Apostles of Beauty: Arts and Crafts from Britain to Chicago is curated by Judith A. Barter, Field-McCormick Curator and Chair of American Art, the Art Institute of Chicago. Support for this exhibition is generously provided in part by the Terra Foundation for American Art.

Intervals: Kitty Kraus Here not There