Marina Abramovic to be awarded at the Florence Biennale

Performance artist Marina Abramovic to be awarded at the 7th Edition of the Florence Biennale. 5 – 13 December 2009, Fortezza da Basso 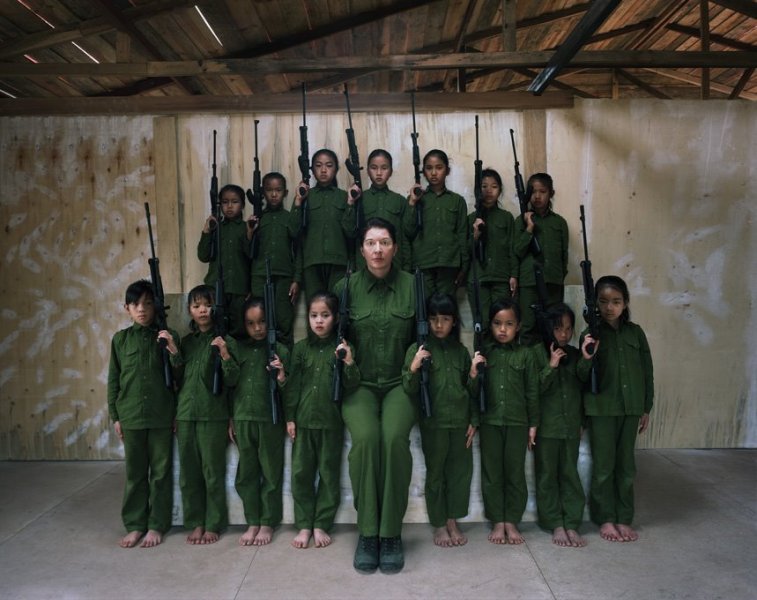 [ad#lb]
The seventh edition of the Florence Biennale of Contemporary Art will take place at the historic Fortezza da Basso in Florence from 5-13 December, 2009. Marina Abramovic, the acclaimed performance artist, will be the honoured guest at this edition and she will be awarded the Lorenzo il Magnifico prize.[ad#banner]

800 artists coming from 80 countries will be exhibiting more than 2,500 artworks and there will be an extraordinary meeting of cultures, languages and diverse artistic styles. The Florence Biennale supports the United Nations program “Dialogue between civilizations”, to which the Biennale has officially adhered since 2001.

As always, the Biennale will see the presence of important artists: In the 2007 edition, the “Lorenzo il Magnifico” career prize was conferred to Gilbert & George, for the 2005 edition to Christo and Jeanne-Claude and to Richard Anuszkiewicz and in 2003 to David Hockney. In the 2009 edition, Marina Abramovic will meet both the artists participating at the Biennale and visitors to the Biennale, in part of the rich calendar of conferences, meetings and video projections.

Marina Abramovic, born in 1946 in Belgrade, Yugoslavia, is without question one of the seminal artists of our time. Since the beginning of her career in Yugoslavia during the early 1970s, where she attended the Academy of Fine Arts in Belgrade, Abramovic has pioneered the use of performance as a visual art form. The body has always been both her subject and medium. Exploring the physical and mental limits of her being, she has withstood pain, exhaustion, and danger in the quest for emotional and spiritual transformation. She creates works that ritualize the simple actions of everyday life such as lying, sitting, dreaming and thinking. As a vital member of the generation of pioneering performance artists that includes Bruce Nauman, Vito Acconci, and Chris Burden, Abramovic created some of the most historic early performance pieces and is the only one still making important durational works.

From 1975 until 1988, Abramovic and the German artist Ulay performed together, dealing with relations of duality. After separating in 1988, Abramovic returned to solo performances in 1989. Abramovic has presented her work with performances, sound, photography, video, sculpture, and ‘Transitory Objects for Human and Non Human Use’ in solo and group exhibitions at major institutions in the U.S. and Europe. She has also taught and lectured extensively in Europe and America.

Abramovic’s work is included in many major public collections worldwide.