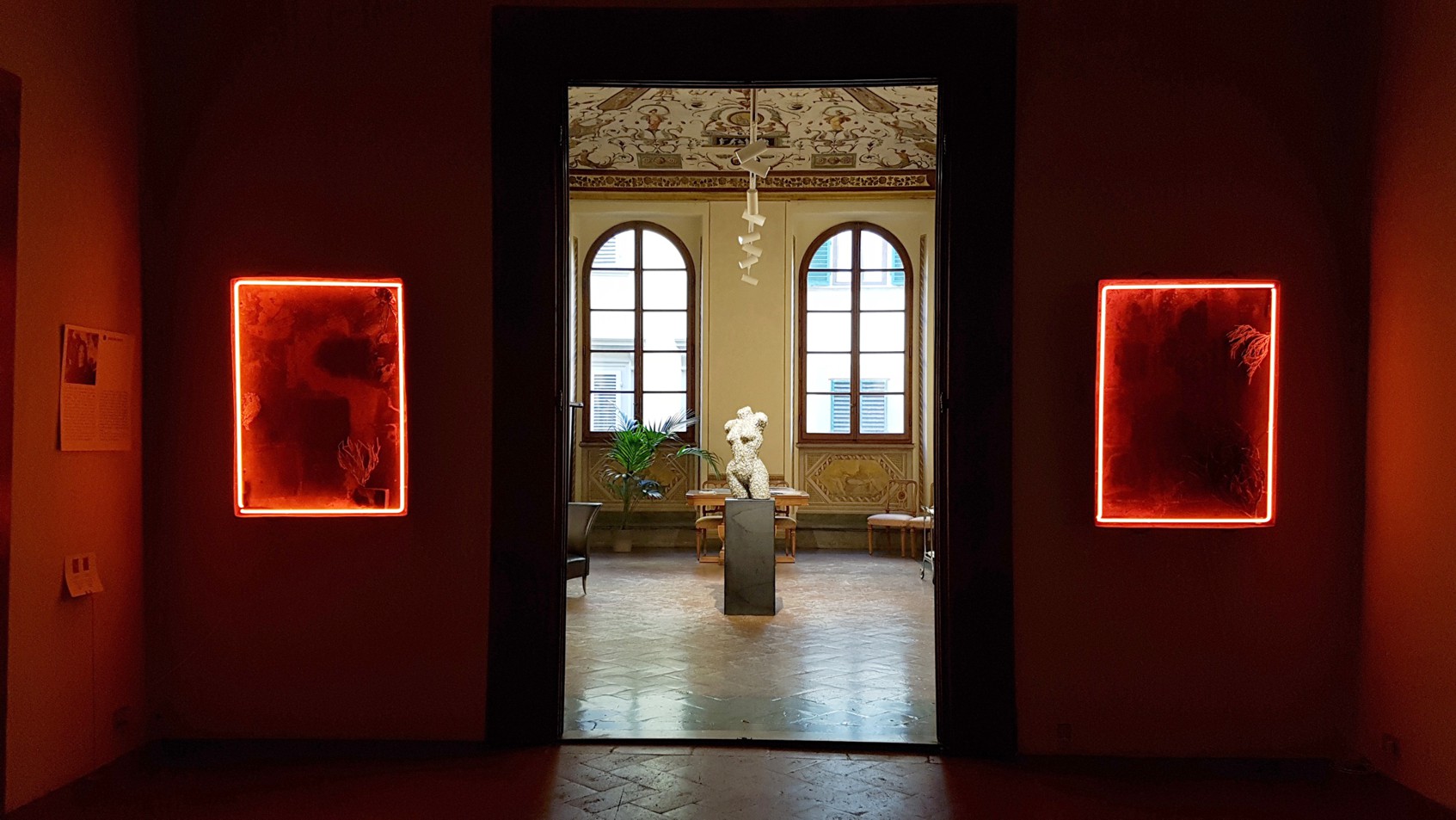 Following the success of Americans in Florence, Palazzo Rosselli del Turco, which was the premises of the US Embassy during the period when Florence was the capital of Italy, is to host a second edition of the exhibition of contemporary American artists to celebrate the bicentenary of the American diplomatic presence in Florence

From 8 to 21 November 2019, the exhibition Americans in Florence II will take place at the Stengel Collection in Palazzo Rosselli del Turco, Florence. The first exhibition took place from 4 to 17 April 2019 and was hailed as a great success for the artists. The exhibition is part of the events entitled #insieme200, which celebrate the bicentenary of an American diplomatic presence in Florence. Palazzo Rosselli del Turco in Via dei Serragli, an important medieval building, with eighteenth century frescoed ceilings. Various mid-nineteenth century American artists had their studios in this palazzo, including painters William Page and Walter Gould and sculptors Alexander Galt, Henry Kirk Brown and Thomas Ridgeway Gould. During the years of Florence Capital (1865-1871), the embassy of the United States of America was located in Palazzo Rosselli del Turco and from the second half of the nineteenth century, many Americans considered Florence – already a fundamental part of the European Grand Tour – their second elective homeland.

The exhibition Americans in Florence II, curated by Vito Abba, will present nine artists, some of them were already in the first edition and will exhibit new artworks, some will be showing for the first time in the Stengel Collection:

William Braemer, painter and sculptor, famous for his coin sculptures, lives and works in Miami. His works, many owned by important collectors, have been publicised in the Wall Street Journal. The bright tropical colours seen in his large-scale paintings reveal his Cuban origins, his passion for life and the abstraction of Nature.

Lore Eckelberry, with her studio in Los Angeles, presents a personal representation with references to Pop Art, filtered through the use of sometimes archaic forms of pictorial support and through the use of collage, that is often taken from newspaper texts or from oriental ideograms.

Abstract artist, Kay Griffith, exudes passion and energy in every painting. Her abstracts speak personally to each viewer, often evoking intense emotion, lively discussion and passionate reactions and one cannot expect her abstracts to evoke the same emotion in all viewers.

David Harry, a versatile and talented artist, is entirely involved in the passion of art itself. His large abstract paintings have been defined Anti-Action Painting, where slow drips and brush strokes of warm colours that stratify and overlap, form depth, veiling and nuances.

Sandra Muss, creator of unique installations, where the passing of time and the manner in which things mutate are evident in the rusty metal plates and in the objects found on her journeys to distant places. “Irma II and III”, through the application of pieces of coral found on the beach, remind us of the tragedy of hurricane Irma in 2017.

John Nieman, advertiser, chef and music director, is a versatile artist with a strong personality. In his installation What is missing? Milk cartons shows the loss of principles in our society by recalling the American custom of putting pictures of missing people on milk cartons.

Lenore Diamond Robins creates a sculptural wall of vibrant colour and contrast through the application of many coats of acrylic paint. The three-dimensional aspect of her work, combined with strong geometric themes, create a tactile aspect to her artwork. The high gloss resin is technically challenging and very beautiful to look at, it is a hand mixed and hand-poured finish, which requires many years of experience to master.

Linda Stella, is a figurative painter and her style is suspended between neo-impressionism and neo-expressionism. The artist reveals clearly feminine ancestral human aspirations to depict the eternal through simple things and everyday acts in her paintings.

Kevin Thomas creates works that intrigue and lure the viewer to understand the image better. Influenced by an appreciation for wistful nostalgia, fine art and vintage illustration, he seeks out unusual viewpoints of people as they go about their daily routine, presenting them in an interesting and colourful way.

Free admission; hours: 10-13 and 15-18 from Monday to Friday. Saturday and Sunday by appointment only.