Johannes Vermeer: restoration of Woman in Blue Reading a Letter

During the meticulous restoration of Woman in Blue Reading a Letter (1663-64), one of the Rijksmuseum’s four Vermeer masterpieces, a number of surprising details were uncovered. Vermeer’s characteristically intense use of blue, for example, can now be viewed in all of its magnificent nuances for the first time in centuries. In addition, several pearls that were added in 1928 were removed, and other details that had disappeared were restored. 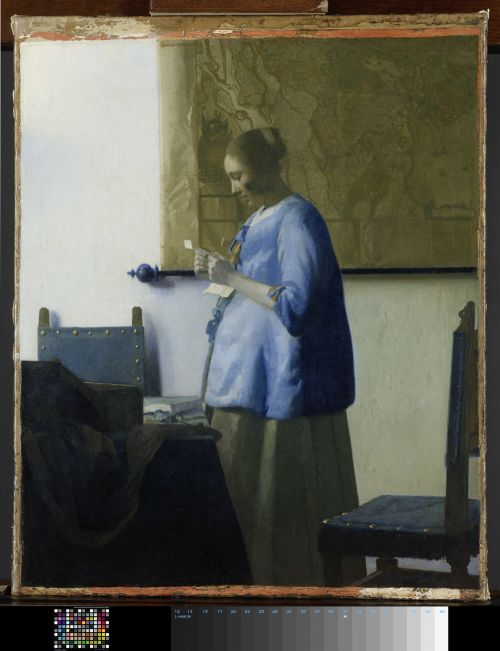 This masterpiece has undergone all kinds of treatments over the centuries that left their mark on the painting. Under the supervision of an international committee of experts, Rijksmuseum restorer Ige Verslype has restored the painting to its original condition wherever possible. Woman in Blue Reading a Letter will be on display in a special exhibition in the Rijksmuseum.

Ige Verslype: ‘The greatest surprise was when we discovered how Vermeer produced such an intense blue colour. We now know that he used a copper-green undercoat to give the colour extra depth. Once the yellowed glaze had been removed, this magnificent blue came back into view in all of its glorious nuances.’