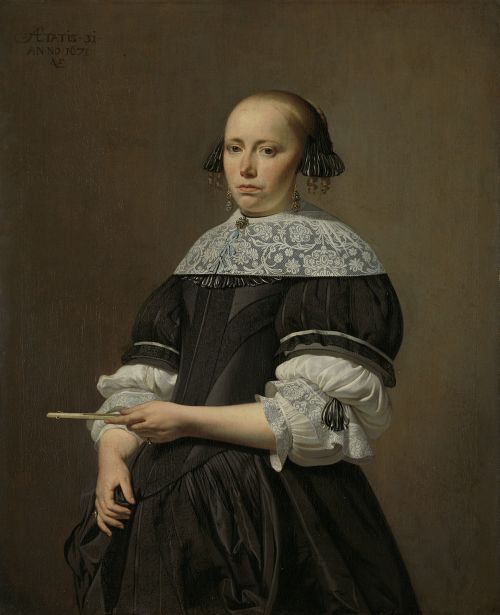 From 7 September to 12 December, the exhibition Dutch Girls will feature at the Schiphol Airport annex of the Rijksmuseum. The exhibition will consist of a small collection of nine well-to-do, leading models from the Golden Age, most stunningly painted by among others Frans Hals, Caesar van Everdingen, Isaak Luttichuys, and Barholomeus van der Helst.

The paintings demonstrate the timelessness of vanity. Even in the 17th century, women and girls tried to look their best, particularly when they were immortalised in portraits. Painters portrayed models as attractive as possible, while also attempting to capture their true character. Great care was also taken to paint their luxurious, fashionable clothing and jewellery.

At that time, appearing in a portrait was considered a status symbol, as only the wealthier classes could afford to commission a portrait. The women depicted in these paintings were of such a social standing either because their husbands occupied high office or because they came from distinguished families. The latter category includes Catharina van der Voort, who was married to the successful textiles merchant from Leiden, Pieter de la Court. In certain cases, the women themselves also played a prominent role in society. Maria van Oosterwijck is one such example. She was one of the few successful 17th–century female painters specialising in flower paintings who had the opportunity to earn distinction in the mostly male-dominated world of art.