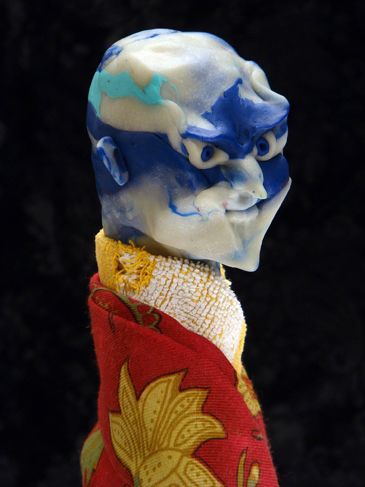 Artist Thomas Schütte showcases key sculptural, photographic and painted portraits at the Serpentine Gallery. Although the artist has returned to portraiture throughout his career, this is the first exhibition dedicated entirely to these pioneering works. Key pieces from the artist’s most famous series are presented together with new work made especially for the Serpentine.

Over the last two decades, Schütte has created watercolours and drawings of acquaintances and friends, as well as numerous self-portraits, including the Mirror Drawing works. His drawings are often created in series, approaching the same subject numerous times as a means of engaging with its true nature. Schütte’s drawings feed closely into his sculptural portraits, which are created in a similar spirit; the artist views working from observation as an opposition to a real, physical world that is constantly changing. Alongside his works on paper, Schütte will feature ceramic and bronze sculptures, including the impressive Vater Staat (Father State), a towering steel figure that paradoxically appears frail and isolated in spite of its scale.

In addition to immersing himself in the legacies of minimalism and conceptualism, Schütte spent time investigating classical sculpture, including the Roman portraits of the emperors housed in the Capitoline Museum:

I was [in Rome] in 1992, the year there was this peaceful revolution in Italy where the heads of State and a lot of prominent people were being exposed and discredited and sent to jail. So the caricature and the satire [were] a reality…
The United Enemies series originates from this time and portrays figures modelled in isolation but bound in pairs, emerging in parallel.

As with many of his works, Schütte reassesses the figurative traditions of art in his portraits, presenting emotionally-charged observations of the human condition. His work brings together both romantic visions of the world as well as more dystopian possibilities.