That’s the way we do it at Kunsthaus Bregenz (Austria)

That’s the way we do it.
The Techniques and Aesthetic of Appropriation.
From Ei Arakawa to Andy Warhol
Kunsthaus Bregenz
April 16 to July 3, 2011 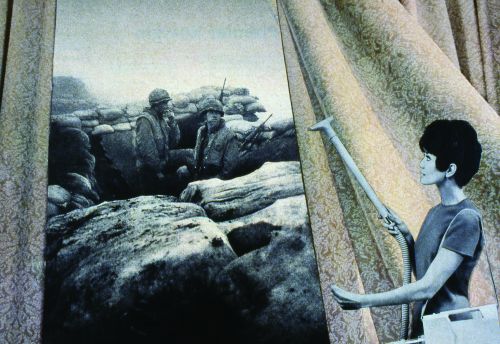 This ambitious group exhibition investigates how contemporary artists have appropriated existing repertories of visual images and transformed them through specially developed techniques. Earlier examples of this procedure, for instance in the work of John Baldessari, Jean-Luc Godard, Richard Prince, Martha Rosler, and Andy Warhol, form the cornerstones of the show.
These artists and others who incorporated images from the world of politics and popular culture in their work made a decisive contribution to the stylistic vocabulary of twentieth-century art. Work by the younger generation of artists included in the exhibition shows that the appropriation of various modes of pictorial invention is still of fundamental significance. In the context of this show technique is viewed not so much literally, as a means of realizing ideas, as metaphorically, as denoting an approach to artistic production.

Taking its cue from Michel Certeau’s text Arts de Faire (The Art of Practice), That’s the way we do it distinguishes between unthinkingly repeated sequences of events in everyday life and the calculated interventions of cultural activity, which may include chance as an integral part of their conception. Some works in the exhibition express in concrete visual terms Certeau’s distinction between strategy and technique—that is, between a deliberate balancing of elements and an intuitive response to the incalculable.

The exhibition ranges chronologically from the middle of the past century to the present day, from early screenprints by Andy Warhol and the revolution they effected in the viewing of art to recent performative approaches founded in research and social criticism. Techniques oscillate between the two poles of the kind of highly wrought visual language exemplified by Godard’s cinematic milestone Histoire(s) du Cinéma and the inimitable, cool directness of Warhol’s works. Within this spectrum That’s the way we do it focuses on artists who engage intensively with materials and techniques in order to
address social, cultural, and economic issues.