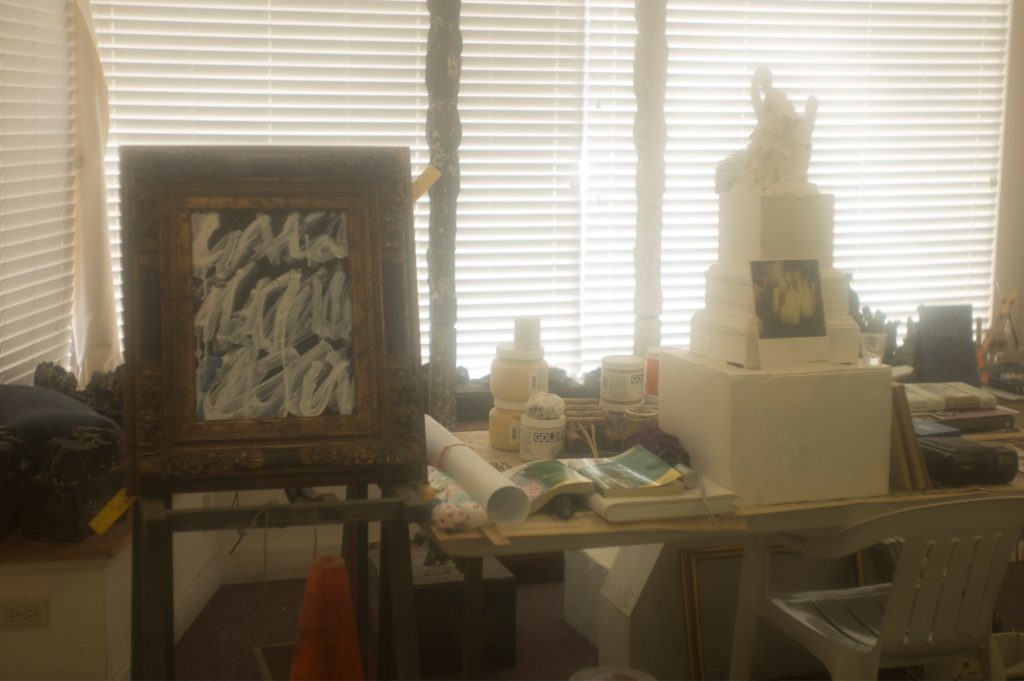 Gagosian is pleased to present “Remembered Light: Cy Twombly in Lexington,” an exhibition by photographer Sally Mann. This is her first exhibition in Rome.

Mann is known and regarded for her images of intimate and familiar subjects rendered both sublime and disquieting: children, landscape, family, and the nature of mortality. In previous projects, she explored relationships between parent and child, husband and wife, brother and sister, nature and history.

In her latest exhibition of color and black-and-white photographs, taken between 1999 and 2012, she records in fleeting impressions the Lexington, Virginia studio of the late Cy Twombly, her close friend and mentor. Following presentations at Gagosian New York and Paris, this exhibition has special resonance in Italy, Twombly’s adopted and imaginative home for several decades.

Twombly and Mann were both born and raised in Virginia. The landscape to which he returned each year is also the memoryscape of Mann’s connection to him. In her recent and celebrated memoir Hold Still, she recalls his elemental nature, his Southern courtesy, his wry and gentle humor. Recalling their friendship she writes, “Our part of the South, remote, beautiful, and patinaed with the past, allows us such a remove, the distance of another time.”

Under Mann’s gaze, and the suffused light of Virginia, the accumulations and ordinary objects in Twombly’s studio reveal themselves not only as evidence of a richly imaginative and cultivated life lived and marked by tactility, but also as the overflow of his general modus operandi—in Simon Schama’s words, “the leftovers, smears, and stains, and an absence turned into a presence.” Remembered Light, Untitled (Solitary Print on Wall) (2012) shows a wall of the Virginia studio, and, stapled to it, a photograph taken by Twombly in Gaeta. In Twombly’s image, as captured by Mann, there is a just discernible view of a classical bust arranged with several vases; silhouetted by the coastal light, these shapes exude a quiet sense of nostalgia. And with Remembered Light, Untitled (Squat White Sculpture and Paint Edges) (2012), Mann indicates the tactile processes leading to the creation of one of his sculptures. Even without the artist’s actual presence, she is able to vividly evoke the traces of his daily life and work.

Mann’s poetic images of time recorded capture fragments and deposits of Twombly’s artistic life. As well, they speak to her deft, sharp ability to record interiority and her singular eye for the immediate, the intimate, and the present becoming memory.

A fully illustrated catalogue with an essay by Simon Schama, and a conversation between Sally Mann and Edmund de Waal, published by Abrams, accompanies the exhibition.