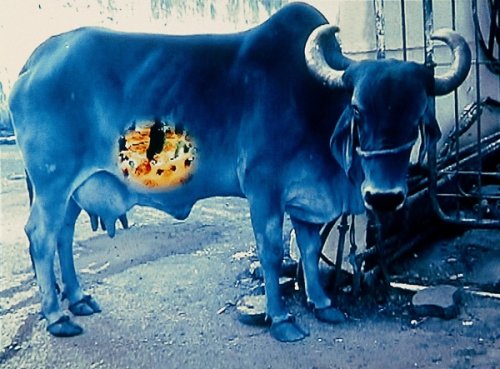 [ad#lb]
One of India’s most prominent artists Nalini Malani – who has gained an international reputation for her brilliantly layered media installations – is presenting her work at the Govett-Brewster Art Gallery, New Plymouth, New Zealand, from October 2009.

Exhibition curator and Govett-Brewster Art Gallery Director Rhana Devenport says Malani is committed to the role of the artist as social activist. She often bases her work on the stories of those who have been ignored, forgotten or marginalised by history. Her art goes beyond the boundaries of conventional forms and narratives to initiate new dialogues. Painting and drawing remain fundamental to Nalini Malani’s practice.

“Malani unsparingly condemns cynical nationalism that exploits the beliefs of the masses, while honouring the potency of fables and cosmologies from Indian and European traditions,” says Devenport.

Malani’s first exhibition in New Zealand features her vast and compelling multi-screen installation Mother India: Transactions in the Construction of Pain, partnered by a suite of prints and exquisite reverse paintings which expand and explore the possibilities of the picture surface.

Dating back to the Middle Ages, artists in India have built up images on glass, from front to back and the image is then viewed by turning the glass over. Nalini Malani works on Mylar and acrylic sheet rather than glass, adapting an art form originally used for sacred paintings to address concerns of politicised violence against women.

Born in Karachi, Nalini Malani’s experiences as a refugee from the Partition of India in 1947 continue to inform her practice.

She says the birth of India and Pakistan was the scene of unprecedented collective violence, including the abduction and rape of 100,000 women from both sides of the Partition border.

“The bodies of women were metaphors for the nation, they had to bear the signs of their possession by the enemy,” Malani says.

Nalini Malani’s exhibition will be at the Govett-Brewster from 10 October to 29 November. The exhibition is presented with generous support from Radio Network Taranaki and Te Kairanga Wines.