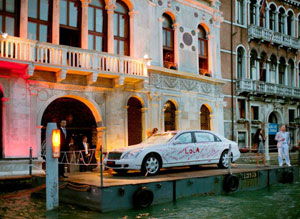 Curated by Norman Rosenthal, the exhibition presents more than forty works, exploring Julian Schnabel’s career from the 1970s to the present and offering an opportunity to admire paintings and sculptures by a great artist and all-round American phenomenon. The retrospective illustrates his aesthetic, strongly influenced by Jackson Pollock and Cy Twombly, but also drawing on the European and Mediterranean tradition. His art recalls the style of the old Spanish and Italian masters, like El Greco and Tintoretto, and reworks ancient and modern literary and cultural references from Homer to Aeschylus, to the art of the great masters like Giotto, Goya, Antoni Gaudí and Pablo Picasso.