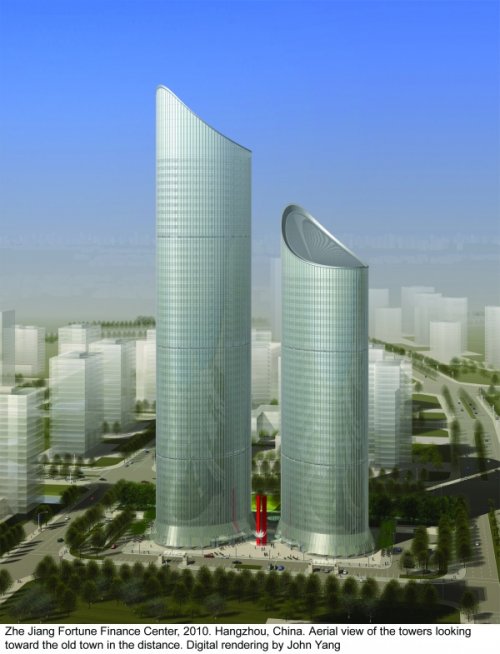 [ad#lb]
The High Museum of Art will be the sole venue for “John Portman: Art & Architecture,” an exhibition featuring architectural projects, furniture, paintings, and sculpture by Atlanta-based architect and artist John Portman. The fifteen completed and current architectural projects that will be featured span five decades of national and international developments, including the Hyatt Regency Atlanta (1967) that is globally renowned as the first modern atrium hotel. The projects will be presented with large-scale photographs, design plans, elevations, text, articles, and in some cases, architectural models. The exhibition will also feature furniture, paintings and sculpture by Portman—most never before publicly exhibited.

“John Portman: Art & Architecture” is organized by the High Museum of Art, and is curated by Jeffrey Grove, the High’s Wieland Family Curator of Modern and Contemporary Art. The exhibition will be accompanied by a full-color catalogue with a major essay by Paul Goldberger, noted historian and Architecture Critic for The New Yorker since 1997. The catalogue will be distributed by the University of Georgia Press and includes a Preface by Grove and contributions from other writers. “John Portman: Art & Architecture” will be on view in the Anne Cox Chambers Wing of the High from October 17, 2009 through January 17, 2010.

“John Portman has not only radically altered the skyline of his home city, Atlanta, but cities throughout the world,” stated Jeffrey Grove, the High’s Wieland Family Curator of Modern and Contemporary Art. “His reconsideration of how architecture should function and the experience it should offer visitors completely changed the industry. Early in his career, Portman understood that to realize his vision completely, he must add “Developer” to his role as Architect. All these themes will be addressed in the exhibition.”

John Portman
John Portman, a native of Atlanta, received a Bachelor of Science in Architecture from the Georgia Institute of Technology in 1950, and after a three-year apprenticeship opened his own firm in 1953. In 1956, he teamed up with H. Griffith Edwards to form Edwards & Portman Architects. When Edwards retired in 1968, the firm became John Portman & Associates.
In Atlanta, Portman is best known for the 14-block Peachtree Center complex that attests to his commitment to the downtown business district and includes many of his landmark projects. Peachtree Center began in 1960 with the opening of the Atlanta Merchandise Mart, now known as AmericasMart, the world’s largest wholesale marketplace, fully interconnected by aerial pedestrian bridges. His three major downtown hotels, the Hyatt Regency Atlanta, The Westin Peachtree Plaza, and the Atlanta Marriott Marquis, anchor the convention district. From the opening of the Hyatt Regency Atlanta in 1967, with its 22-story atrium, Portman made architectural history and won international acclaim.
Portman’s international work began with the design and development of the Brussels Trade Mart in 1975, then shifted to the Far East. The Regent Singapore was Portman’s first international hotel, followed by Marina Square, a major complex that includes three hotels, a major retail mall and an office building. Portman entered China in 1980. Portman’s pioneer project, Shanghai Centre, a large, mixed-use complex, has been described as “one of the five architectural stars in mainland China.” Today, much of the firm’s work continues to be in Asia with ongoing projects throughout China, Korea, as well as in India.
Portman began creating paintings and sculptures in the early 1980’s, after years of integrating art into the architectural environment, including designing lighting fixtures, hardware and furniture. His architectural awards include the 1976 Elsie de Wolf award from the American Society of Interior Designers, New York Chapter, the 1978 AIA Medal from the American Institute of Architects, the 1981 Silver Medal Award from the Atlanta Chapter of AIA and the 1984 Urban Land Institute’s Award of Excellence for Embarcadero Center. In 1986, Georgia Institute of Technology presented him with the Exceptional Achievement Award. In 1992, the Atlanta College of Art awarded Portman an Honorary Doctorate of Fine Arts. In 1994, he was elected National Academician at the National Academy Museum and School of Fine Arts, N.Y. Portman is a Fellow of the American Institute of Architects, has served as a board member of the Atlanta College of Art, and is Trustee Emeritus of the Atlanta Arts Alliance.