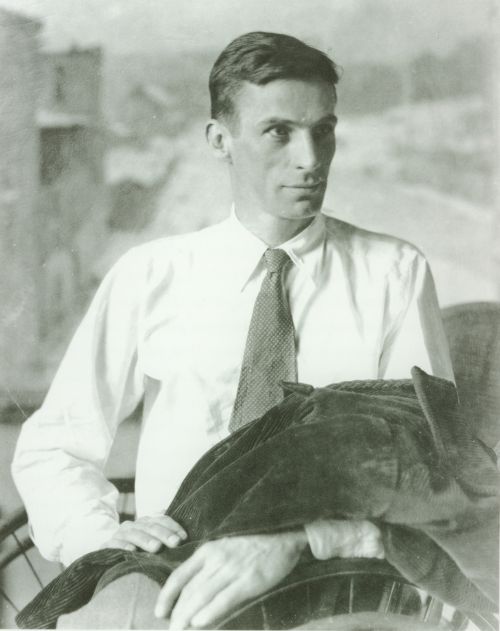 Philadelphia’s premier institution for interpreting the art and culture of the Philadelphia region – will present a new exhibition exploring the work of landscape painter John Folinsbee (1892 – 1972), offering a fresh perspective on the revered New Hope painter’s life and career. John Folinsbee and American Modernism, on display from November 6 – March 6, 2011, moves past Folinsbee’s reputation as an impressionist painter, revealing the artist’s contributions to the development of modern art in America.

Visitors to the exhibition will experience Folinsbee’s paintings depicting the Bucks County region’s iconic scenery as they have rarely been presented before. Looking beyond the traditional pastoral views of the Delaware River and its environs, Folinsbee chose instead to paint the mills, factories, and steel-truss bridges that lined its banks or spanned its waters, and was drawn to the architectural beauty of barns, quarries, and slag heaps. These paintings, primarily on loan to the museum from generous private collectors throughout the country, have been seen by the public rarely, if ever, since Folinsbee created them.

John Folinsbee and American Modernism is Woodmere’s first major exhibition under the direction of William R. Valerio, who was recently appointed as the Patricia Van Burgh Allison Director and CEO in September. “My responsibility as director is to move Woodmere to the future with strength, preserving the great legacies of the past that make it special, and at the same time, creating new vitality and positive energy,” says Valerio, who came to Woodmere from the Philadelphia Museum of Art, where he served as Assistant Director for Administration.

Valerio continues, “John Folinsbee’s imagery is replete with metaphors appropriate to the moment: bridges are the subject of many of his paintings; whether in Poughkeepsie or New Hope, Folinsbee’s bridges span from bank to bank, connecting the near and the far and representing the path that links the present with both the past and the future. Water rushes beneath Folinsbee’s bridges, reminding us of the inexorable flow of time, as much as the dramatic diagonal line of train tracks receding into the distance convey a certainty of the march of modernity.”

John Folinsbee and American Modernism offers museum patrons the opportunity to experience both the new direction of the Woodmere Art Museum and a chance to see the recent renovation of the Museum’s grand Kuch Gallery, the rotunda-like space which houses the Folinsbee exhibition. The renovation was designed by influential Philadelphia-based architects Robert Venturi and Denise Scott Brown, of VSBA, who have maintained a long-standing, relationship with the Museum. Also currently on view at the museum is Sam Maitin: Prints and Places.