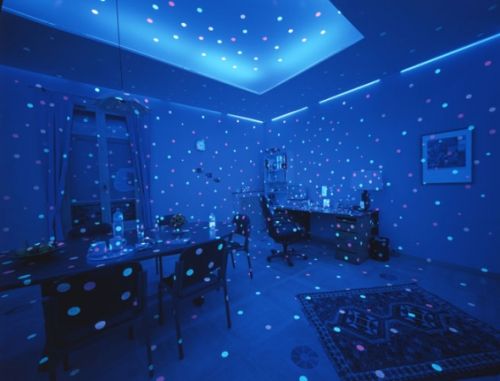 The Moscow Museum of Modern Art, in collaboration with the Japan Foundation, presents the exhibition Double Vision: Contemporary Art from Japan intended to introduce the general public to the art trends of Contemporary Japan.

The ‘double perspective’ is provided here by two curators from two different countries, two Museum venues, two thematic blocks constituting the whole of the project. This exhibition jointly curated by Elena Yaichnikova and Kenjiro Hosaka features the works created by about 30 Japanese artists working in different styles between the 1970s and the so-called zero decade (2000-2009). Held at two venues of the Moscow Museum of Modern Art, the project is composed of two parts: the Reality/Ordinary World and the Imaginary World/Phantasms.

The first part of the project, Reality/Ordinary World, gives the ‘Japanese’ perspective on the outer reality through the 20th century world history (Yasumasa Morimura, Yoshinori Niwa and Yuken Teruya), the reflection on the present-day social structure (Dumb Type and Tadasu Takamine), the interaction with urban space (contact Gonzo and Chim↑Pom) and the quest of poetry in everyday life (SHIMABUKU, Tsuyoshi Ozawa, Kohei Kobayashi and Tetsuya Umeda). The Requiem, a video series by Yasumasa Morimura, shows the artist impersonating different historical characters — Chaplin, the writer Yukio Mishima, even Lenin — and acting out the episodes from their life. Another participant Tetsuya Umeda constructs his installation of ’found objects’, using nothing but objects from everyday life. Thus, the most banal and prosy reality transforms into Art. The show will feature the works by Yoko Ono — the famous Cut Piece in the 1965 and 2003 versions and the sound installation Cough Piece (1961). The exhibition will also present the works by Kishio Suga, an essential figure in the Mono-Ha (literally, the School of Things) movement — the Japanese alternative to the Western Modernism. The photo section will include the works of Toshio Shibata, Takashi Homma and Lieko Shiga.

The artworks, constituting the second part of the project, will feature a free world of imagination, where all we seem unable to perceive in actual reality, all running beyond its limits, could and would exist. They evoke the Japanese pop culture, imaginary world, naivety, myths and cosmogonic concepts. Each artist fills the notion of imagination with a meaning of his own. Thus, Tadanori Yokoo, explores the imaginary world, focusing on the motif of disappearance, or rather vanishing of self. A similar motif finds its way in to the oeuvre of Yayoi Kusama: projecting her fantasies into the real world, she creates a whimsically patterned universe. The Sunchild (2011), a huge sculpture by Kenji Yanobe, was realized in the tragic context of the Fukushima Dai-ichi nuclear explosion. His monumental object turns out to be the crossing point of ‘imaginations’. The artist figures out the experience on the edge of reality to be the impulse towards the creation of a new universe. The Imaginary World/Phantasms block also includes works by Yoshitomo Nara, Takashi Murakami, Makoto Aida, Hiraki Sawa and many others.
Some works were realized specifically for the show. Working on his project Looking for Vladimir Lenin In Moscow Apartments (2012), the artist Yoshinori Niwa came to Moscow to explore the city dwellings in search of artefacts concerning the famous revolutionary. The resulting artwork is the documentation of his quest and related journeys around Moscow. Tetsuya Umeda, whose works are to be exhibited at both venues, will come to Moscow to realize both installations on the spot.

Ladies and Gentlemen! The Camera as a Mirror Sonia Delaunay