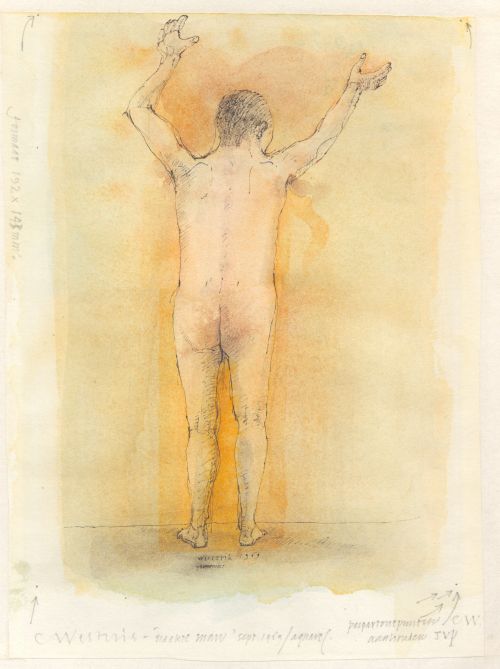 Several years ago, Museum Boijmans Van Beuningen received a gift of ninety-five drawings by Co Westerik, from the collection of Leo van Oosterom. The artist is known mainly as a painter, but he also made many drawings. This spring, a selection of drawings and water colours from this donation will be on show in the Print Room.

Leo van Oosterom (1937-1987) got to know the work of Co Westerink (b. 1924) in 1968, in Galerie Fenna de Vries in Rotterdam. It was here that he bought his first drawing by the artist, and this laid the basis for his collection. He eventually acquired a collection of nearly a hundred drawings, which was donated to Museum Boijmans Van Beuningen after his death.
A selection from this donation is being exhibited in the Print Room.

Sensitive lines
Co Westerik is painter, graphic designer and draughtsman and during the last seventy years has built up an impressive oeuvre. Unlike his paintings, which show a layered approach and on which he often worked for a long time, his drawings seem fast and spontaneous. He uses ink, pencil and chalk to draw scenes derived from reality, yet which evoke an inner world of feelings and emotion. The transparent water paint with which he colours the scenes gives the drawings a poetic character.
Westerik is a master in drawing with a fine pen, it is almost as if he is writing. Spontaneously and seemingly from nowhere, an image appears on the white sheet of paper, which he defines further as he draws. Some details are elaborated, other parts of the drawing are intentionally vague or left empty, which allows space to emerge for the interpretation of the person viewing it.