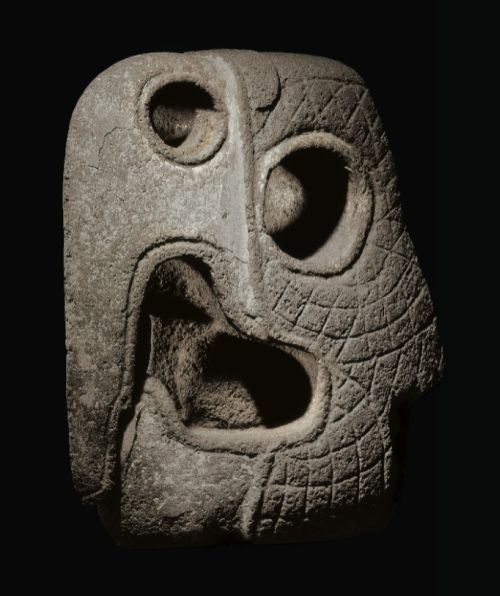 On September 16, 2010, Mexico will commemorate the bicentennial of its independence from Spain and the centennial of the 1910 Revolution that led to the formation of its modern republic. In recognition of these significant anniversaries, the Art Institute of Chicago joins dozens of other cultural organizations around Chicago to participate in the citywide celebration Mexico 2010. Working with the Museo Nacional de Antropología in Mexico City and the Museo Arqueológico de Xalapa, the Art Institute will present an exhibition of sculptural masterpieces from the country’s ancient civilizations, many of which have never before been seen in the United States. Ballplayers, Gods, and Rainmaker Kings: Masterpieces from Ancient Mexico opens September 16, 2010 in the museum’s Regenstein Hall (on view until January 2, 2011) and features seventeen extraordinary works of pre-Columbian origin spanning more than two millennia.

The monumental works of ancient pre-Columbian art showcased in the exhibition reveal the distinctive styles and symbolic forms of a series of Mexican Indian societies that flourished from the Central Plateau and the Gulf Coast to the mountains of Oaxaca, the Yucatán Peninsula, and the forested reaches of Chiapas between 900 B.C. and A.D.1521. The sculptures are a reminder of Mexico’s rich cultural mosaic. While stylistically and thematically diverse, all of these compelling works of art share a fundamental worldview in which human society was perceived as an integral part of the dynamic order of nature. The universe was seen as reflections of relationships between life forces, and art, architecture, and ritual drama served to illustrate and certify that sacred integration.

Ballplayers, Gods, and Rainmaker Kings presents works of art that are not only haunting and complex, but that also embody this governing principle of ancient life. For example, ancient ballgames were played for sport, for adjudication, and for divination; cosmic events were held to influence the outcome of the games, and the interpretation of their results in turn affected decisions made and actions taken by rulers. Thus the Macaw Marker featured in this exhibition was both a ballcourt zone marker and also a symbol relating to Macaw Mountain, the mystical cosmic mountain of first creation.

The deities of ancient Mexico were also closely bound to the natural order–to the land, crops, and the annual cycle of seasons. The kings’ duties towards the end of the dry season included a pilgrimage to make offerings and prayers upon the high mountains, calling for rain clouds to appear and initiate the time of renewal. This sacred cycle, which governed the Mesoamerican world, is represented brilliantly in several other sculptures featured in the exhibition. Another highlight in the show, the magnificent and dramatic Xochipilli sculpture of the god of summertime feasts, emphasizes the mystic character of these celebrations.

Ballplayers, Gods, and Rainmaker Kings: Masterpieces from Ancient Mexico is organized by the Art Institute of Chicago in collaboration with the Museo Nacional de Antropología in Mexico City and the Museo Arqueológico de Xalapa. Support for this exhibition is provided in part by the Gilchrist Foundation.