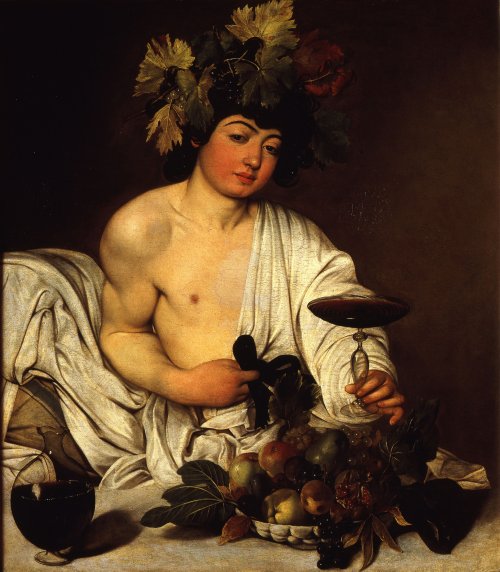 Caravaggio was not a prolific painter because his life often interfered with his art. Yet over the centuries many works have been attributed to him – for some these are simply too many, for others they are just dubious”.
The exhibition at the Scuderie del Quirinale aims to offer the public only Caravaggio’s unquestionably uthentic production, as an undisputed summa of the great master’s works. A succession of exceptional paintings will dazzle the viewer with Caravaggio’s extraordinary technique, vision and artistic innovation – all elements that have established his widespread appeal as a unique painter, with none before or after him ever matching his ability to ‘shed light into darkness’.
A succession of twenty-four absolute masterpieces, selected among the artist’s universally authenticated works, have therefore been brought together at the Scuderie del Quirinale for a remarkable commemoration of the four hundredth anniversary of the death of Michelangelo Merisi, in an original exhibition designed by architect Michele De Lucchi.
Under the patronage of the President of the Italian Republic, the show has been organised by the Azienda Speciale Palaexpo in collaboration with the Italian Culture Ministry and the Soprintendenza Speciale per il Polo Museale di Roma. Co-produced with MondoMostre, the exhibition has been completed with the support of Cariparma.
Caravaggio’s artistic career will be illustrated along both floors of the Scuderie, in an itinerary that aims to highlight new comparisons between works and subjects. The Boy with a Basket of Fruit from the Borghese Gallery, among the artist’s most important early works, will thus be displayed alongside the Uffizi Gallery Bacchus, offering two examples of Caravaggio’s mastery of the still life genre. These two works have never before been placed in direct comparison in this way, with the Basket of Fruit from the Pinacoteca Ambrosiana in Milan on display here for the first time ever outside its traditional home.
Although clearly one of the main leitmotifs of the exhibition, the direct comparison between Caravaggio’s works is by no means the only structural element of this show. All the works are extremely well known, although some – such as the two Supper at Emmaus respectively from the National Gallery in London and the Pinacoteca di Brera (for which new technical and scientific research conducted by the Opificio delle Pietre Dure in Florence has brought to light discoveries that will be documented in the exhibition) – are more easily visible than others. Other well known highlights include The Musicians from the Metropolitan Museum of New York, The Lute Player from the Hermitage and Amor Vincit Omnia from the Gemaldgalerie in Berlin, as well as the three versions of St John the Baptist – respectively from the Capitoline Museums (freshly restored), the Galleria Corsini in Rome and the Nelson-Atkins Museum of Kansas City, which being the furthest for a European public is likely to be the least familiar. Among the works more rarely sent on loan there are the Entombment of Christ from the Vatican Museum, the Crown of Thorns from the Kunsthistorisches Museum in Vienna, The Cardsharps from the Kimbell Art Museum of Fort Worth and the extraordinary Annunciation from the Museum of Nancy, restored for the occasion in Rome at the IsCR (Istituto Superiore per la Conservazione e il Restauro) labs in a joint Franco-Italian project that has rendered this truly surprising picture once more appreciable.
The city of Rome itself is the ideal setting for an anthological show devoted to Caravaggio, affording the public the chance to appreciate both the works loaned from across the world at the Scuderie and those still in situ in the various churches for which they were commissioned. Through a series of carefully studied itineraries it will thus be possible for visitors to experience the unique privilege of viewing, within an area of just a few square kilometres, much of Caravaggio’s undisputedly authentic opus, in a kind of renewed and grateful tribute to this great artist.