Arts of the Ming Dynasty: China’s Age of Brilliance 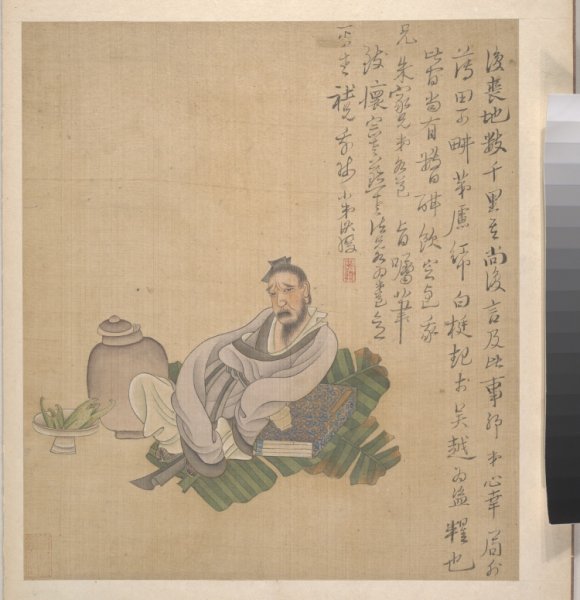 Drawn entirely from the extensive resources of The Metropolitan Museum of Art, Arts of the Ming Dynasty: China’s Age of Brilliance will present a grand array of artworks created during one of the most celebrated dynasties in Chinese history. Featuring 80paintings and calligraphies, including masterpieces by Wen Zhengming (1470–1559), Dong Qichang (1555–1636), and Chen Hongshou (1599–1652), the exhibition will examine various artistic trends as well as the distinctive personal expressions of many of the leading artists of the time. The works will be complemented by a selection of textiles, ceramics, lacquers, cloisonnés, jades, and bamboo carvings that will showcase the material prosperity experienced during the period.

The Ming dynasty (1368–1644)—whose name aptly translates as “brilliant”—represents a period of native rule between the fall of the Mongol Yuan dynasty (1271–1368) and the rise of the Manchu Qing dynasty (1644–1911). The early Ming era was a period of cultural restoration and expansion. Seeking to reassert native artistic traditions, court artists revived and adapted the figural and landscape themes and styles of the Song dynasty (960–1279) to suit the new decorative and didactic needs of the Ming emperors. The period was also among the most glorious in Chinese ceramics history. But the second half of the dynasty
was weakened by capricious and incompetent rulers. Many government officials chose to retire early to take up poetry, calligraphy, or painting, often working in garden settings similar to the Metropolitan’s Astor Court, which is modeled on a Ming scholar’s garden courtyard in the cosmopolitan city of Suzhou.

The exhibition, which is arranged chronologically, is organized into three overarching themes: “The Return of the Academy,” “Literati Artists,” and “The Late Ming: An Expanding Literati Culture.”

The Return of the Academy
The exhibition will open with a group of works created under the first Ming emperor (r. 1368–98), who reinstituted native rule but became increasingly mistrustful of the scholarly class. Scholar-artists who lived through this period continued Yuan pictorial traditions, creating paintings that celebrated a life in reclusion or themes of endurance, most notably the “three friends of winter”—pine, bamboo, and plum. It was not until the Xuande emperor (r. 1426–35) came to the throne that a systematic structure of recruitment,
examination, and promotion for court artists was put in place, attracting talented artists from across the empire for many decades. Working in brilliant mineral colors on silk, these artists revived the representational styles of the Song Imperial Painting Academy. An astonishing example on view from this period is Elegant Gathering in the Apricot Garden (ca. 1437) attributed to the preeminent court artist Xie Huan; depicting the most powerful men in Chinese government, it demonstrates how the Chinese elite preferred to be shown
engaged in refined cultural pursuits rather than with the obvious trappings of political power. With the accession of the 15-year-old Jiajing emperor (r. 1522–66), however, the fortunes of the academy declined, and within a few years there were no distinguished painters in court service. The entire academic painting institution came to a virtual halt about 1530.

Literati Artists
While professional painters followed the representational tradition of the Song dynasty, literati artists developed the calligraphic idiom of Yuan dynasty scholar-amateurs. After the 15th century, there was a decline in imperial patronage, and both literati and professional artists, as well as craftsmen in other media, began to seek private support from prosperous merchants. Living Aloft: Master Liu’s Retreat, created in 1543 by Wen Zhengming (1470–1559), epitomizes the refined way of life idealized by the scholarly class. The
painting shows two friends engaged in conversation in a garden pavilion that is protected from the “dusty world” of politics by a stream, a walled compound, and a grove of evergreens.

The Late Ming: An Expanding Literati Culture
Throughout the 16th and early 17th centuries, political weakness at court and rapid economic and commercial expansion in the south brought social change and artistic innovation to late Ming China. A highly literate artistic community produced works to meet the demands of wealthy officials and upwardly mobile merchants, shaping consumer taste and fostering the rise of regional cultural centers. One of the most influential artists of the day was Dong Qichang (1555–1636), who argued for a creative engagement with
past artistic styles as a way to achieve self-transformation. In his Shaded Dwellings among Streams and Mountains, Dong rejects representational goals; instead, he exploits the expressive qualities of dynamic brushwork, compositional design, and tonal variations of ink. Chen Hongshou’s Drunken Scholar embodies a very different response to the disintegrating social order. Depicting himself in the conventional guise of the dejected scholar who seeks solace in drink, Chen’s accompanying inscription bemoans the territory
recently lost to Manchu incursions and expresses his fear that roving outlaw bands might steal his crops. But there is still time to get drunk, he writes, and he invites his friend Ping, to whom the painting is dedicated, to join him.

The installation is organized by Maxwell K. Hearn, Curator in the Department of Asian Art at the Metropolitan Museum.