The Delaware Art Museum is pleased to announce that Dr. Margaretta Frederick has been appointed as the institution’s Chief Curator, a position that has been vacant since 2002. Dr. Frederick serves as the Curator of the Museum’s Samuel and Mary F. Bancroft Collection of Pre-Raphaelite Art. As part of her expanded position, she will lead the curatorial vision for the Museum’s upcoming Centennial celebration, which includes a major exhibition of the works of Howard Pyle. Dr. Frederick’s new position is effective immediately. 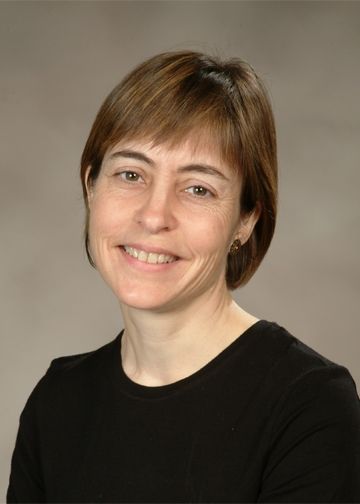 Dr. Frederick began her career at the Delaware Art Museum after college, returning to achieve full curatorship in 1997 after completing her Doctorate in Art History at Bryn Mawr College. She has lectured and published widely on nineteenth century British Art and Art Patronage, her doctoral field of specialization. Dr. Frederick was responsible for organizing Waking Dreams, the highly acclaimed two-year tour of the Delaware Art Museum’s Pre-Raphaelite Collection, as well as the collection’s reinstallation in 2007. She is currently engaged in the planning and implementation of Howard Pyle: American Master Rediscovered (2011-13), a major retrospective exhibition that re-examines the work of this famed “dean of American illustration” within the broader context of 19th century American and European art history.

“Margaretta has a keen mind, great depth of knowledge and acute dedication to the success of the Museum,” said Executive Director Danielle Rice. “I am really looking forward to her intellectual leadership and to working more closely with her on a broad range of Museum projects.”

In addition to her new responsibilities, Dr. Frederick will continue her role as curator of the Bancroft Collection, the Museum’s prized collection of approximately 150 paintings, drawings, prints, and decorative arts. The Museum’s Pre-Raphaelite holding is the largest such collection outside of Britain, and it is supported by a significant archival collection.

“I am thrilled to continue my work at the Delaware Art Museum in a new capacity,” Dr. Frederick said. “I am looking forward to raising the profile of the curatorial department both within the Museum and the community to connect the public with our extremely knowledgeable curators.”

Dr. Frederick currently serves as the President of the Historians of British Art (a society that is affiliated with the College Art Association). She was awarded and completed a fellowship at the Yale Center for British Art in February 2010. She received her Bachelor of Arts in Art History from the University of Delaware in Newark and both her master’s and doctorate degrees from Bryn Mawr College in Pennsylvania.

777,551 visitors in Tokyo and 430,764 in San Francisco – the Musée d’Orsay’s international exhibitions are a huge success Michael Sarich at MAM (Missoula, USA)