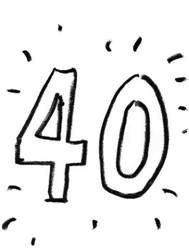 2010 marks the Govett-Brewster Art Gallery’s fortieth year of sustained and dynamic contribution to the cultural life of Aotearoa New Zealand.

To celebrate the milestone, a vigorous year-long programme of events has been organised commencing with a spectacular artist-led multimedia and performance event in New Plymouth on 27 March – echoing the spirit of the street party that officially opened the Gallery in 1970.

Govett-Brewster Director Rhana Devenport sees the event as the perfect way to mark the occasion. “Although geographically provincial, the Govett-Brewster has positioned itself at the epicentre of contemporary art in New Zealand for the past four decades and the street party is a fitting commemoration for the Gallery’s achievements to date.”

New Zealand artist John Reynolds has been working closely with the Govett-Brewster in preparation for the event and will exhibit NOMADOLOGY [Loitering With Intent] (27 March – 13 June 2010), featuring major new works produced especially for the anniversary and the unique spaces of the Gallery.

John Reynolds says, “I am thrilled and honoured to be involved with this auspicious event for the Govett-Brewster, a space that’s been a beacon for myself and the entire arts community in New Zealand for so many years.”

NOMADOLOGY [Loitering with Intent] toils with signs, handwritten lists and demarcations of text and territories; lines of drift set to a longer song of homelessness. In this new accumulation of work, Reynolds explores his predilection for practical language. Plucked from sources as far afield as indexes, song titles and street directories, these lists are recast as ciphers that hint toward “the poetics of the etcetera”.

In his recent book, The Infinity of Lists, Umberto Eco examined tables drawn up by the likes of James Joyce and Borges, and pointed at a “love of excess, hubris and a greed for words, for the joyous [and rarely obsessive] science of the plural and the unlimited”. While NOMADOLOGY [Loitering with Intent] illuminates a sense of mundane descriptive order, it inevitably creates a silhouette of chaos, the unknown or the unfathomable. This exhibition will be curated by Director Rhana Devenport.

The other exhibitions opening in the autumn suite of shows include a limited season of Len Lye: Trilogy (20 March – 11 April 2010), curated by Tyler Cann, followed by Songbirds and Elephants for Sale: Two works from the Collection (24 April – 7 June 2010).

Len Lye: Trilogy will show a number of Lye’s newly reconstructed kinetic sculptures, including the ferociously beautiful Trilogy (A Flip and Two Twisters) 1977 – the largest and most dynamic of Lye’s tangible motion sculptures owned by the Gallery, home of the Len Lye Collection and Archive. Trilogy will also feature two other rarely seen kinetic sculptures; Zebra (1965) and Rotating Harmonic (1959). Each work’s exponential release of kinetic energy will make this exhibition an unforgettable and truly moving experience.

Songbirds and Elephants for Sale: Two works from the Collection presents two treasures from the Govett-Brewster’s contemporary art holdings – Songbirds (2001) by American artist Pae White, and Don Driver’s Elephants for Sale (1986) which is being reconstructed especially for the Gallery’s fortieth year.

Also on the night of 27 March, a large-scale projection and accompanying sound installation will be projected onto the new crisp white exterior of the Gallery by visual and installation artist Tim Gruchy, transforming the building into a screen. Additionally there will be musical performances by The Trons – a self-playing robot band created by musician and mechanical engineer Greg Locke – and veteran visual and aural electronic dance duo, Pitch Black.

Other events planned for the Govett-Brewster’s fortieth year:
· A History of the Gallery Publication will be released offering fresh, informative and unexpected material to trace and discuss the unique story of Govett-Brewster’s 40 years of influence, impact and activity to date.
· Hosting of the Futuring the Imagination: Art + Ideas Summit, a forum for discussion, exchange and access to international and local perspectives by leading thinkers and practitioners from a wide sweep of today’s cultural community. October 2010
· The Govett-Brewster Collection Online project will see significant works from the Gallery’s collection made available on the web for artists, researchers, students and the wider public.
· Launch of Govett-Brewster Editions, limited edition collectable art works by contemporary artists, commissioned by the Gallery.
· A series of important new 40th Acquisitions is being planned to expand and strengthen the Govett-Brewster Collection.