Double Take a film by the acclaimed director Johan Grimonprez 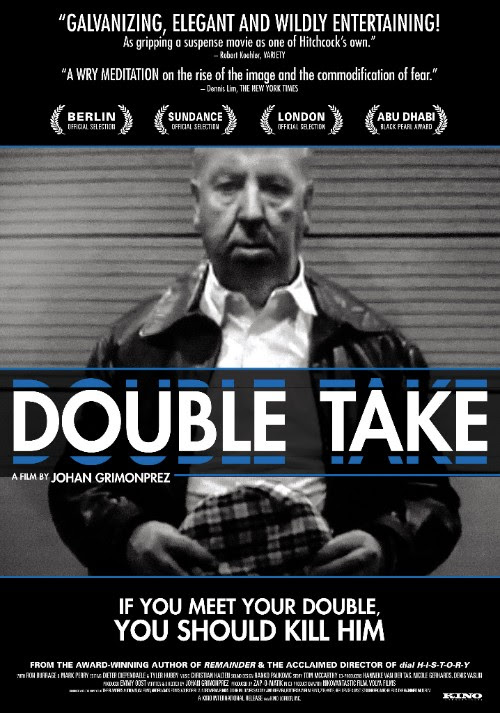 Ierimonti Gallery, in collaboration with Castello 925, is delighted to present Double Take by the acclaimed director Johan Grimonprez, a film that explores how our vision of reality and the socio-political situation are influenced and altered by the media.

Grimonprez casts Alfred Hitchcock as a paranoid history professor, unwittingly caught up in a double take on the cold war period. The master says all the wrong things at all the wrong times while politicians on both sides desperately clamor to say the right things live on TV. The film’s underlying theme of the “double” is embodied in the character of Hitchcock, his doppelgängers, and the chronicles of the Cold War. The film targets the global rise of ‘fear-as-a-commodity’, in which television plays a crucial role expediting the spread of terror due to its pervasive nature.

As television hijacks cinema, and the Khrushchev and Nixon kitchen debate rattles on, sexual politics quietly take off and Alfred himself emerges in a dandy new role on the TV, blackmailing housewives with brands they can’t refuse. In the programs “Alfred Hitchcock Presents” and “The Alfred Hitchcock Hour”, the television represents the Hitchcock expedient in order to use his look-alike to perform the multiplication of himself, in which he is found in more places, but at the same time he is elusive and scarce.

Award winning novelist Tom McCarthy (“C”, “Remainder”, “Tintin and the Secret of Literature”) writes a plot of personal paranoia to mirror the political intrigue, in which Hitchcock and his elusive double increasingly obsess over the perfect murder – of each other! Subverting a meticulous array of TV footage, Grimonprez traces culture’s relentless assault on the home, from the inception of televised images to our present day zapping neurosis.