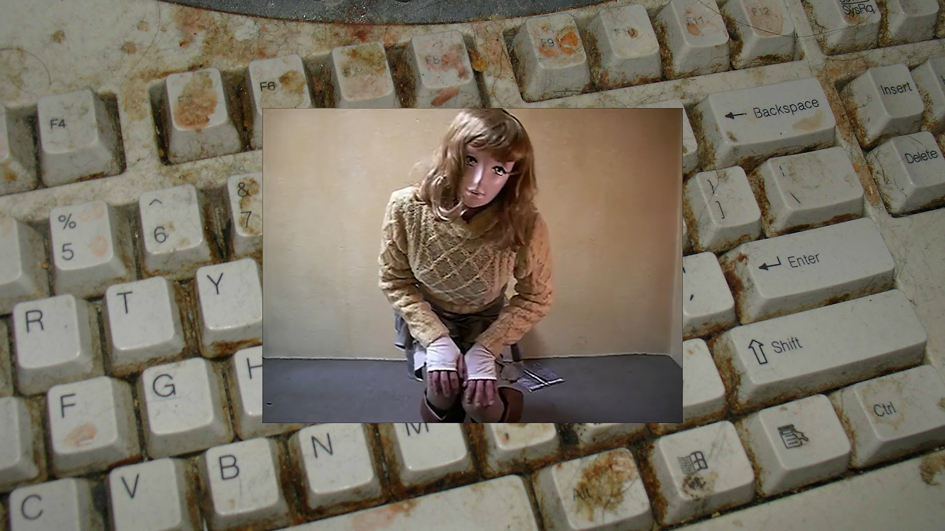 Fondazione Modena Arti Visive is delighted to present The Mental Traveller, the first large-scale exhibition of works by Jon Rafman to be shown in an Italian contemporary art institution. Curated by Diana Baldon and presented by Fondazione Fotografia Modena and the Galleria Civica di Modena, the exhibition will open at the Palazzina dei Giardini on Friday 14 September 2018, to coincide with this year’s festivalfilosofia, the theme of which is truth.

The exhibition brings together a selection of multimedia installations, presented for the first time in Italy, tracing the arc of the Canadian artist’s practice from 2011 to the present. Employing a variety of media – including photography, video, sculpture and installation – Rafman explores how reality and simulation have become increasingly homogenized in contemporary society in artworks that blur the boundaries between the virtual and the tangible, between physical bodies and technological replicas.

Born in 1981 in Montreal, where he lives and works, Rafman studied literature and philosophy at McGill University before graduating in film, video and new media from the School of the Art Institute of Chicago. Since his earliest career, Rafman has investigated the ramifications of our reliance on technology on our perceptions of reality. To create Kool-Aid Man (2008–11), Rafman spent three years exploring the virtual-reality platform Second Life, in the guise of the titular avatar, to discover the myriad incarnations of its digital ‘inhabitants’. Rafman neither judges nor criticises his Second Life cohabitants: rather, his intention is to document how technology enables people to create entirely new versions of themselves in fantastical environments, giving them the freedom to invent new identities and iconographies.

Rafman also drew from the Internet and its multiple online communities as archival resources for the three videos comprising his Betamale Trilogy (2013–15) – Still Life (Betamale), Mainsqueeze and Erysichthon – which are among the installations included in this exhibition. As in the novels of Georges Bataille, where the narrative arc implodes in the claustrophobic and catastrophic arena of the writing, this leads to a proliferation of narrative strands and interpretations. Watching the Betamale Trilogy, the viewer feels trapped in a vortex of scenarios that are traumatic yet seductive. Rafman skilfully conveys the ambiguous lure of the Internet, which seemingly promises freedom and the discovery of new worlds, yet, in reality, imprisons you in a space tracked by algorithms and monitored by agencies that process, then sell, your navigational data.

Rafman’s extensive research on both the Internet and the deep web has enabled him to assume the mantle of amateur anthropologist and digital flâneur. He investigates the epistemic collapse in recent years of the distinction between digital and authentic worlds, between reality and its virtual representation. In his videos, a poetic and hypnotic off-screen voice invariably accompanies a sequence of images taken from the Internet, videogames or online chat forums.
Memory figures as a major theme in many works. In A Man Digging (2013), which comprises footage from videogames including Max Payne 3, the main character speaks of the intrinsic mutability of memory and how it allows for the rewriting of individual and collective history. While the narrator nostalgically drifts along in search of his fragmented past, Rafman transports us, via the glinting surfaces of memory, to the furthest reaches of reality. The video Remember Carthage (2013) tells the story of a man who sets sail on a ship bound for Tunisia in search of a mythical city in the Sahara Desert that existed at the same time as Carthage. Despite its legendary status as the ‘Las Vegas of Maghreb’, however, no trace of the city remains. Composed of footage from Second Life and the videogame Uncharted 3, the film again features an off-camera voice detailing the sublime architectural beauty of ancient civilisations. Remember Carthage explores not only memory but the contemporaneity of history, since – thanks to technological developments such as videogames and Second Life – even history can now find a different form and influence.
The video Dream Journal (2016–17) comes from Rafman’s habit of animating his dreams using amateur 3D software, and has a soundtrack composed by James Ferraro and Oneohtrix Point Never, with whom the artist has previously collaborated. Two young female protagonists – a stereotypical millennial and a child warrior – set off on a Dantean journey within a dystopian universe. The narrative interweaves imaginary scenes with characters from classical epic tales to yield a series of darkly surreal incidents: this is Rafman’s unconscious mind, augmented by online surfing, rendered visual.
Greeting visitors at the entrance of the Palazzina is the artist’s latest work, Legendary Reality (2017). In this he leads us on a voyage into ‘inner space’. An anonymous protagonist narrates a journey through what appears to be a sci-fi landscape – although he could just as easily be sitting at a computer screen on which historical depictions have become conflated with virtual experiences.

The Canaletto View: Vienna Seen from the Belvedere Alberto Giacometti. A Retrospective at Guggenheim Museum Bilbao