The Louvre and the Masterpiece

Exhibitions showcasing masterpieces from all areas of Louvre’s collections open in Atlanta
Exhibitions Explore Concepts of “Masterpiece” Spanning 4,000 Years;
Collaboration Brings Works by Vermeer, Pisanello, and Barye to the Southeast 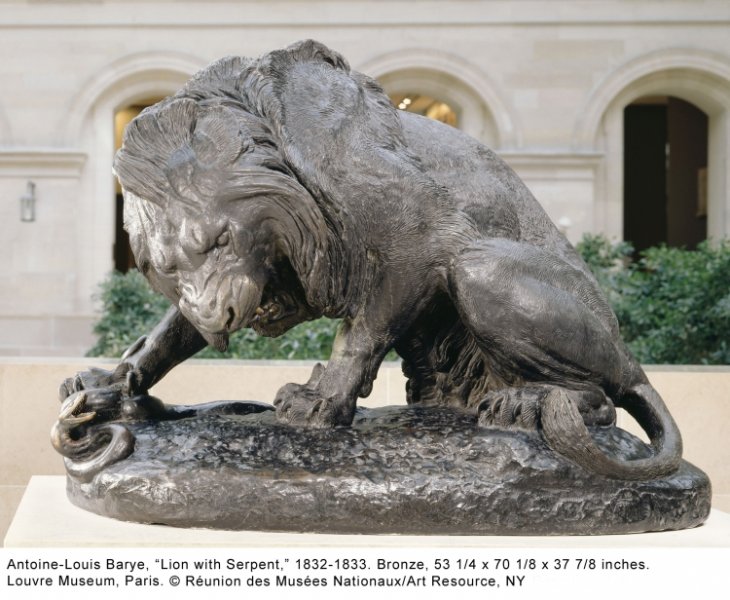 [ad#lb]
This October the High Museum of Art presents “The Louvre and the Masterpiece,” which explores how the definition of a “masterpiece,” as well as taste and connoisseurship, has changed over time. The exhibition features ninety-one works of art drawn from all eight of the Musée du Louvre’s collection areas, spanning 4,000 years. Paintings, sculpture, decorative arts, and drawings reflect three major themes: the changing historical and cultural definitions of a masterpiece; authenticity and connoisseurship; and the evolution of taste and scholarship. “The Louvre and the Masterpiece” will be on view in Atlanta from October 12, 2008, through September 6, 2009.

Lead patronage for the project has been provided by longtime High Museum Board Member Anne Cox Chambers, who is joined by Accenture as Presenting Partner and by UPS, Turner Broadcasting System, Inc., The Coca-Cola Company, Delta Air Lines, and AXA Art Insurance as Lead Corporate Partners. The Foundation Partner is The Sara Giles Moore Foundation.

“Our partnership with the Louvre has brought outstanding, inspiring, and exciting works to Atlanta during the past two years. Now we have the opportunity to explore why some works of art are considered masterpieces,” said Michael E. Shapiro, Nancy and Holcombe T. Green, Jr. Director of the High Museum of Art. “Through a magnificent group of works in the Louvre’s collections, we’re suggesting that the definition of masterpiece is not fixed in time or place. We are also working to develop special interactive technologies that will provide visitors with new insights, enjoyment, and appreciation of the art.”

The exhibition is divided into three sections which together explore a range of thematic questions about the concept of a masterpiece.

What is a Masterpiece?
“What is a Masterpiece?” is divided into two parts, with the first exploring the changing historical definitions of the concept of masterpiece through a selection of objects from the ancient Near East through mid-19th-century works. In the ancient world, a masterpiece was defined by an object’s owner and purpose. In contrast, medieval artists’ works achieved mastery within guild levels. Notable objects in this section include a Limoges ciborium (ca. 1200 A.D.), a vessel used for holding communion hosts.

The second part of this section introduces the idea of connoisseurship as a means of identifying works from the past as masterpieces. Displayed in pairs or groups, visitors will compare the masterwork to similar but lesser objects. The presentation concludes with an examination of the famed “Blue Head,” a forgery from the Louvre’s collection. For years, the glass head was believed to be an Egyptian masterpiece (ca. 1400 B.C.). Once displayed in the ancient Egyptian galleries, it was one of the most frequently reproduced works in the Louvre’s collections.
After careful scientific analysis, in 2001 it was confirmed to be a forgery. The head was crafted to fit into a specific art historical niche in Egyptian art and to resonate with the taste for the art deco style popular in the 1920s.

Evolution of Taste and Knowledge
“Evolution of Taste and Knowledge” explores masterpieces that were either ‘rediscovered’ or reattributed based on the changing knowledge and perceptions of Louvre curators during the past 200 years. Included are ten paintings and sculptures by artists who are well known today but who were overlooked in previous eras. These include Jan Vermeer’s masterpiece, “The Astronomer,” which has never been seen in the southeastern United States.
Vermeer did not have much impact on the art world during his lifetime, partly because his style did not fit the prevailing taste.

This section also features three rotations of focused installations. The first includes a Romanesque marble capital depicting the biblical story of Daniel in the Lion’s Den and the early Greek sculpture called the “Lady of Auxerre.” A suite of fourteen drawings by the Renaissance artist Pisanello follows. These drawings were collected by the Louvre in the nineteenth century, when they were thought to be rare works by Leonardo da Vinci. Research and new findings by curators determined that they were actually created by Pisanello, an extraordinarily gifted but lesser-known artist.
Through this reattribution, an exceptional artist was discovered—or rediscovered—in modern times. A suite of prints from the Louvre’s Rothschild collection of Old Master prints form the third installation.

Barye in Context
Several major themes of the exhibition are further explored through an indepth examination of one significant object: French sculptor Antoine-Louis Barye’s bronze “Lion Crushing a Serpent.” These include the significance of technical mastery and the creative process, and the impact of the artist’s reputation. The presentation also includes smaller models and studies of the lion figure.

Antoine-Louis Barye was well known for his realistic depiction of animals, especially those engaged in a life-and-death struggle. This piece was commissioned by King Louis-Philippe for the Tuileries Gardens, and was on display there from 1836 to 1911. Barye pushed the technical boundaries of casting bronze sculpture by creating “Lion Crushing a Serpent” with one bronze pour into a single mold. He reproduced the work hundreds of times in other sizes, which were then sold as collectible objects and used as diplomatic gifts from the French government.

Interactive Technology Components
In addition to wall labels, murals, and audio guides, two interactive tools have been researched and developed through a year-long series of focus groups to enhance the exhibitions. These tools were developed jointly by the staff of the High, the Louvre and Accenture as part of MuseumLab, an international alliance initiated by the Louvre for which the High serves as the only U.S. partner. The tools provide more in-depth ways to explore the exhibition concepts. One, a seven-by-ten-foot touch screen, based on Accenture’s interactive wall technology, allows visitors to select their favorite masterpieces from both this exhibition and past Louvre Atlanta exhibitions. The interactive wall also allows visitors to compare their choices to those of other visitors and experts. The second tool, also developed by Accenture, is an interactive computer game played on individual touch screen kiosks that gives visitors the chance to investigate a possible forgery by comparing two pieces of sculpture linked to ancient Egypt.

“The High’s innovative use of interactive technology will extend the impact of its exhibitions by drawing in new generations of visitors,” said Michael J. Russell, an Accenture senior executive who collaborated with the High and the Louvre in creating the interactive tools. “These tools also create new opportunities for the exhibitions to reach into the Atlanta community and nationwide.”

Louvre Atlanta
The High Museum of Art launched its unprecedented three-year partnership with the Musée du Louvre in October 2006 to critical acclaim, continuing the High’s longstanding strategy of collaborating with international institutions to bring great art to Atlanta. “Louvre Atlanta” is bringing hundreds of works of art from Paris to Atlanta through a series of long-term thematic exhibitions exploring the range, depth, and historic development of the Louvre’s collections.

“Louvre Atlanta” opened on October 14, 2006, with the exhibitions “Kings as Collectors,” “The King’s Drawings” and “Faces of History and Myth: Busts from the Musée du Louvre.” In its second year, the exhibitions included “The Louvre and the Ancient World,” “The Eye of Josephine,” and “Houdon at the Louvre: Masterworks from the Enlightenment.” The High has welcomed over 750,000 visitors to these exhibitions, of which approximately 20 percent have been schoolchildren. Since “Louvre Atlanta” opened, the High’s membership has grown to more than 50,000 households, which ranks in the top 10 among American art museums.

Exhibition Organization and Catalogue
Managing curators for the “Louvre Atlanta” exhibitions are David Brenneman, Director of Collections and Exhibitions at the High Museum of Art, and Isabelle Leroy-Jay Lemaistre, Curator of Sculpture, at the Musée du Louvre. The exhibitions will be accompanied by a series of scholarly catalogues with essays from the French managing curators and other contributors.

Partnership Support
The total budget for “Louvre Atlanta” is estimated at $18 million. This includes a €5.5 million fee from the High that will go toward the restoration of the Louvre’s 18th-century French decorative arts galleries. The balance of the budget offsets the development of “Louvre Atlanta.” These funds will allow the High to develop special programming in Atlanta and will cover costs associated with mounting three years of programming encompassing the nine exhibitions, such as insurance, travel, marketing and publications and advertising, and security for this unprecedented project.

To date, the High Museum of Art has raised nearly $17 million in support of “Louvre Atlanta.” Lead patronage for the project has been provided by longtime High Museum Board Member Anne Cox Chambers. Accenture is the Presenting Partner. UPS, Turner Broadcasting System, Inc., the Coca-Cola Company, Delta Air Lines and AXA Art Insurance are Lead Corporate Partners for “Louvre Atlanta.” The Foundation Partner is The Sara Giles Moore Foundation. Additional support has been provided by the Forward Arts Foundation, Frances B. Bunzl and Tull Charitable Foundation. This exhibition is supported by an indemnity from the Federal Council on the Arts and the Humanities. The Rich Foundation serves as Planning Partner for the partnership. This project is supported by an award from the National Endowment for the Arts, which believes that a great nation deserves great art.