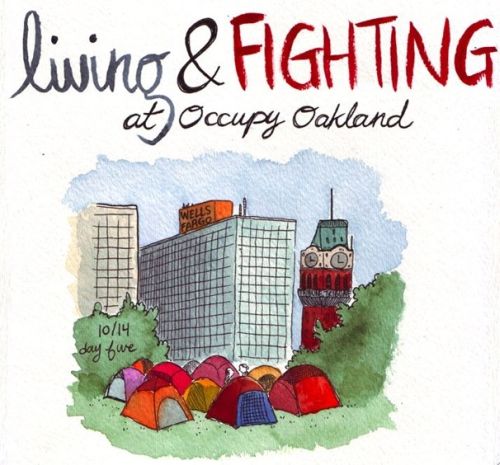 Susie Cagle is a journalist and cartoonist living and working in Oakland. She has drawn true stories in comic books since 2008, including the Nine Gallons series on San Francisco food justice activism, published by Microcosm. Most recently she has been drawing a book about the Occupy movement; she has only been arrested twice while working on it.

Susie was the SF Appeal’s cartoonist 2010-11, and her editorial cartoons are syndicated by Cartoon Movement. She has published graphic journalism at American Prospect, GOOD, Truthout, the Rumpus, the Bay Citizen, Campus Progress, and many other print and web periodicals. She’s spoken at conferences across the country about comics journalism with some of her colleagues from the Graphic Journos collective which she organized in 2011. Susie was SF Weekly’s 2011 Best Web Cartoonist, and the Society of Professional Journalist’s 2012 James Madison First Amendment Award winner for cartooning. She is a graduate of Columbia’s journalism school, which still does not offer a cartooning class.