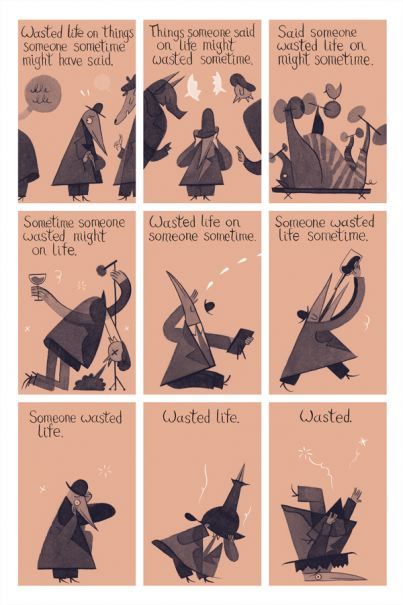 Roman Muradov is an illustrator and cartoonist living in San Francisco. His editorial illustrations have appeared in The New Yorker, The New York Times, The Wall Street Journal, The Washington Post, and The Village Voice. His work has been featured in the Society of Illustrators, 3×3 Annual, and Creative Quarterly.

Rawiya / She who tells a story Urs Fischer