Past & Present: One Day Exhibition on the occasion of the 80th anniversary of Antonio Gramsci’s death, 27th April 2017 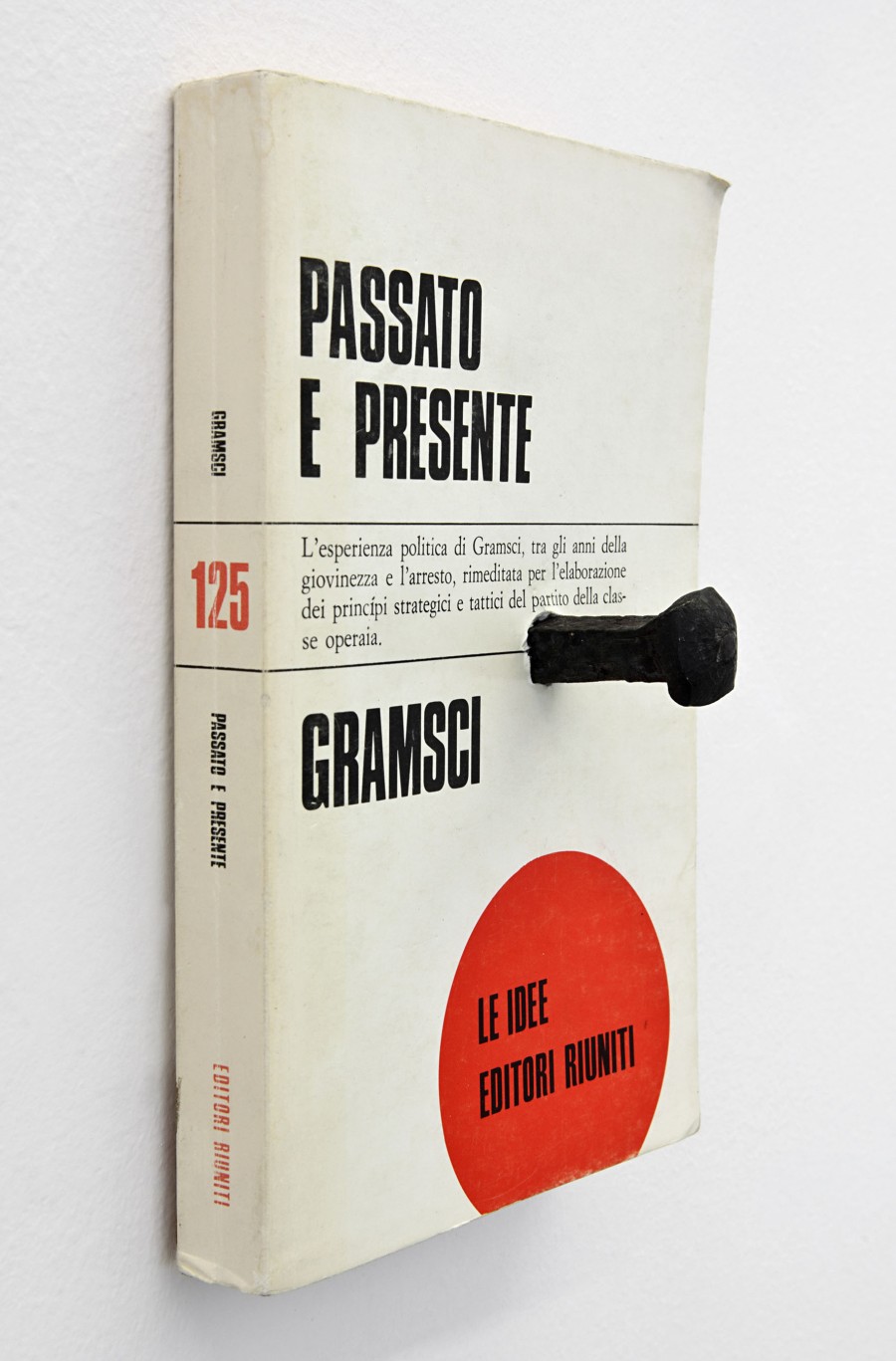 On the occasion of the 80th anniversary of Antonio Gramsci’s death, 27th April 2017, the Istituto della Enciclopedia Italiana founded by Giovanni Treccani, in collaboration with the Fondazione Gramsci, presents Past & Present: One Day Exhibition. The exhibition will take place in the rooms of Palazzo Mattei di Paganica, which has been the seat of the Institute for over 90 years. The aim of this event is to solemnly commemorate the great Italian politician and thinker.

The exhibition will hinge on a solo art work by Roman artist Elisabetta Benassi composed of two elements: the book Past & Present, final chapter of the essays Prison Notebooks, and a wrought iron nail that pierces its pages. Through the use of the nail element, which in our collective imagination recalls the figure of Christ on the Cross, the artist binds Gramsci’s life and heritage to the present. While reactivating the past, Benassi re-establishes Gramsci’s “presence” and ideological legacy in order to involve spectators in a historical rereading as well as in a reflection on their own time.
The course of the exhibition is conceived as a slow laic procession that takes place in the semidarkness of the rooms, toward the art work which, “nailed” to the back wall, becomes its luminous heart.

On this special occasion, a live performance will take place in the courtyard of the palazzo with the performance of “La fabbrica illuminata” by Venetian composer Luigi Nono who had often underlined the importance of Gramsci’s theories in his work. This composition for solo voice and four-track magnetic tape, texts by Giuliano Scabia and a fragment of “Due Poesie a T” by Cesare Pavese, was commissioned in 1964 by RAI, the Italian National Television, for the debut concert of the Premio Italia: however the piece was not played on that occasion, because it had been censored for its highly politicised texts by the same Italian Broadcasting Company. In order to realize this piece, Nono went to Italsider, the Genoa steel plant, to document the working conditions of the workers where he recorded the sounds, noises and voices of the factory. This variegated acoustic material was then developed at the Studio di Fonologia of RAI in Milan, transformed with electronic devices and recorded on magnetic tape.
The piece, that lasts 17 minutes, will be performed by mezzo-soprano Monica Bacelli, while the sound direction is that of Maestro Alvise Vidolin.

The exhibition Past & Present, hosted inside Palazzo Mattei di Paganica and first event linked to contemporary art, aims at being a heartfelt commemoration rather than a lamentation for the figure of Antonio Gramsci and is part of a series of initiatives promoted by the Associazione Treccani Cultura.