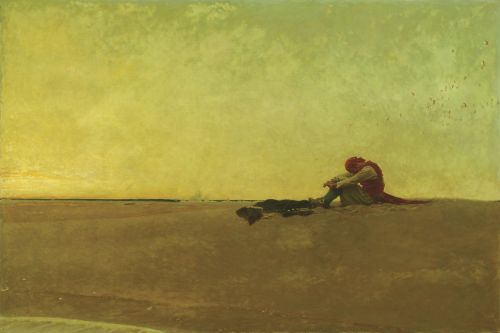 Howard Pyle (1853 – 1911) was one of America’s most popular illustrators and storytellers during a period of explosive growth in the publishing industry. A celebrity in his lifetime, Pyle’s widely circulated images of pirates, knights, and historical figures were featured in publications such as Harper’s Monthly and were admired by artists and authors like Vincent Van Gogh and Mark Twain. Yet, despite his widespread popularity, Pyle’s reputation has survived only among illustration scholars and enthusiasts. Until now his work has been virtually omitted from the larger context of art history.

In celebration of the centenary of Pyle’s death, the Delaware Art Museum is pleased to present Howard Pyle: American Master Rediscovered, a major retrospective exhibition featuring 79 paintings and drawings created by Pyle between 1876 and 1910, on view November 12, 2011 – March 4, 2012. This exhibition presents a fresh perspective on Pyle’s familiar images, exploring his interaction with the art and culture of his time and effectively repositioning him within the broader spectrum of 19th-century art.

This retrospective exhibition also marks the 100th anniversary of the Delaware Art Museum, which was founded in 1912 to preserve and exhibit Pyle’s work following his untimely death in November 1911. The Museum’s Centennial Celebration begins in November 2011 with the opening of Howard Pyle: American Master Rediscovered and ends in June 2013 with the exhibition Indelible Impressions: Contemporary Illustrators and Howard Pyle.

Revelation & Regeneration, in commemoration of 9/11 Alexander Sokolov at Moscow Museum of Modern Art