Danh Vo – Eggs sunny side up 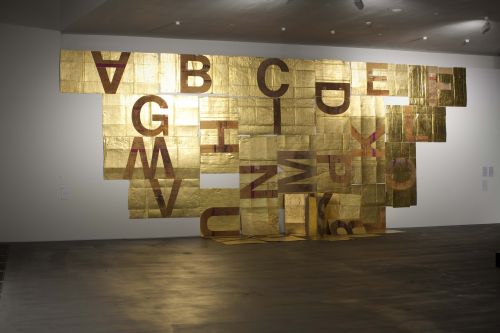 The solo exhibition of Danh Vo – Chung ga opla at Villa Medici from 11 January to 10 February 2013 – is the second in a series of exhibitions focusing on the theme of Academia curated by Alessandro Rabottini.

Born in 1975 in Saigon, Danh Vo has affirmed himself in only a few years as one of the most original voices in the International artistic panorama, thanks to the variety of idioms with which he treats the great themes of history – colonialism, economic and cultural imperialism, the relations between East and West and war – from a personal point of view.
His work combines autobiography with the narration of great events, thus disintegrating the great division between History and personal history, between the dimension of individual experience and the horizon of world events.
At the age of four, Danh Vo and his family escaped from Vietnam to find refuge in Denmark, following the historical events involving his native country as well as his own family. War, the subdivision of ex-Indochina, the French conquest and conversion to Catholicism… these and other collective traumas are omnipresent in Danh Vo’s work: a constant fusion between past and present, violence and poetry, destruction and transformation.
In his installations of objets trouvés and manipulated objects, the artist develops a formal idiom with references to post-minimalist art and Arte Povera, ethnographic and archaeological museology, commercial display and theatrical space.

On the occasion of his exhibition at Villa Medici, Danh Vo will create a series of installations in collaboration with members of his family. The intimacy of this situation contrasts with the monumentality of the context that plays host to the exhibition: a fusion of everyday life with the official character amplified by the title. Chung ga opla, is the phonetic translation of the Vietnamese expression indicating « sunny side up» eggs (in French « œufs au plat »). It evokes the image of morning food-sharing as a ritual celebrating unity.

The exhibition at Villa Medici will mix existing works with new pieces expressly created for this unprecedented project conceived specifically for the French Academy in Rome.

The exhibition Danh Vo – Chung ga opla is part of a cycle of three personal exhibitions that constitute an extension of the Teatro delle Esposizioni #3, which took place at Villa Medici in June and October of 2012. This cycle investigates the concept of Academy as a symbolic space where the idea of the presumed neutrality of art is superimposed on the concept of National identity and within which the dimensions of history, tradition, politics and culture come together.
The three artists involved in the project – each with his personal idiom – investigate the History of Art conceived as an area crossed by multiple forces: political ideologies, economic events, dominant historical narrations repressed by collective consciousness.
The exhibition Danh Vo – Chung ga opla follows Patrizio Di Massimo’s project THE LUSTFUL TURK (23 November – 16 December) and anticipates the solo show of Victor Man planned for the end of June 2013.